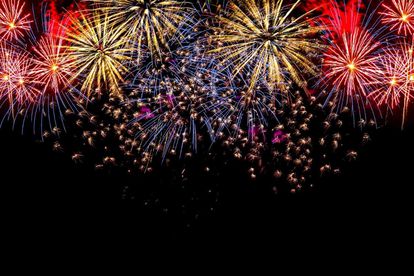 In the name of safety, there will be no designated areas in Cape Town, where visitors or locals, can set off fireworks for New Year’s Eve celebrations.

According to EWN, The City of Cape Town’s JP Smith said: “The absence of designated sites for fireworks improved safety across the city during Diwali and Guy Fawkes. The city is not designating any sites for New Year’s Eve.”

Operating a public fireworks display without a permit is not allowed in terms of the by-law. In terms of the Explosives Act, residents could be liable to a fine if they proceed to discharge fireworks.

The municipality’s decision has also been welcomed by the Cape of Good Hope SPCA.

According to the wc.co.za, authorities in the Overberg region have placed a total ban on the use of fireworks and have designated just one area – Struisbaai Main Beach, for fireworks.

Firefighters are on high alert and are warning residents that there is only one area allotted for a display on New Year’s Eve. This comes after a runaway fire caused severe damage in the Overberg and Winelands districts.

Overberg fire chief Reinhardt Geldenhuys has appealed to residents to refrain from using Chinese lanterns during New Year’s Eve celebrations as they are uncontrollable and could result in the spread of devastating veld fires.

“There will be law enforcement officers and fire services on standby,” said Geldenhuys.

“Except for one designated area, Struisbaai Main Beach, there is a total ban on the use of fireworks in the Overberg region,” he added.

The National Council of SPCAs is the largest and oldest animal welfare organisation in South Africa and they have congratulated the municipalities that won’t be putting on harmful fireworks displays.

“It is irresponsible for the government to promote fireworks; we have just seen in Plettenberg Bay the municipality has taken a stance and is doing a laser light show in place of fireworks.  We think that all municipalities should follow suit.”

According to plett-tourism.co.za, a laser light display will replace fireworks on Central Beach in Plettenberg Bay this year.

In the interest of fire safety and the welfare of animals and pets, Plettenberg Bay will be breaking new ground this New Year’s Eve with a laser light display at midnight on Central Beach instead of the fireworks display that visitors and residents have been used to in previous years.

“Visitors and residents are advised that it is illegal to discharge fireworks in Plettenberg Bay at any time and we have been advised that there will be no public display of fireworks by the municipality or any other organisation on New Year’s Eve,” they said.