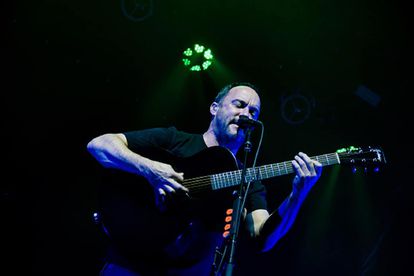 Dave Matthews of The Dave Matthews Band perform at the Gran Teatro Geox in Padua in the first of the three Italian stages of the Europe Tour 2019 on 30 March 2019. Photo: Mimmo Lamacchia/NurPhoto/Getty Images.

Dave Matthews of The Dave Matthews Band perform at the Gran Teatro Geox in Padua in the first of the three Italian stages of the Europe Tour 2019 on 30 March 2019. Photo: Mimmo Lamacchia/NurPhoto/Getty Images.

What’s more is that the funds will be used to address short-term and long-term sustainable solutions to combat hunger.

According to Southern Vines, UCOOK CEO David Torr described the concert as a celebration of the two things that bring everyone in the world together — music and food — while raising funds for those in need.

“Following the success of the UCOOK Food Fund, launched during the lockdown, it’s important for us to continue supporting our community and those feeling the effects of COVID-19, as well as raising awareness around hunger,” said Torr.

Torr also said that UCook is committed to working with the selected organisations to benefit the people who are most in need of help. “We are utilising our resources and our relationships with other businesses and individuals to make sure we adequately support our community in this time of crisis.”

It is said that Dave Matthews focused primarily on songwriting and performances with the Dave Matthews Band from 1990 to 2003 – after moving to America in the ’80s. He recently gave a virtual performance of his 2012 song Mercy on Late Night with Seth Meyers.

“I hope this song is appropriate for the times. And I’m going to try not to bounce up and down too much to shake my telephone camera,” Matthews said before he started playing his guitar and singing.

“Mercy, will we overcome this?/ One by one, could we just turn it around?/ Maybe carry on just a little bit longer?/ And I’ll try to give you what you need,” the musician sang.

Tickets are priced at just R80 each from Computicket for the event at 19:00 on 30 October. Proceeds collected through ticket purchases and donations will go towards The Click Foundation’s Disaster Relief Fund and the support of several short-term hunger relief initiatives being run by the Be The Difference Foundation and the One Bag Full Charity. Funds will also support longer-term hunger and educational initiatives such as the UCook Food Fund, Casterbridge Music Development Academy and The Click Foundation’s Online Literacy Programmes.