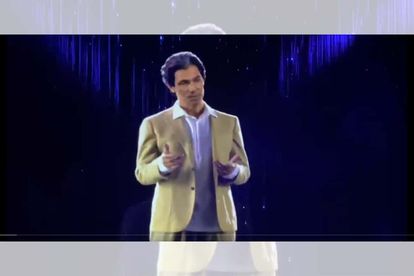 After Kim Kardashian West celebrated her 40th birthday with an exclusive trip to a private island with her “closest inner circle”, her husband Kanye West went on to gift her a hologram of her late father, attorney Robert Kardashian.

“For my birthday, Kanye got me the most thoughtful gift of a lifetime,” the reality star said in a tweet and on Instagram. “A special surprise from heaven. A hologram of my dad. It is so lifelike and we watched it over and over, filled with lots so tears and emotion. I can’t even describe what this meant to me and my sisters, my brother, my mom and closest friends to experience together. Thank you so much Kanye for this memory that will last a lifetime.”

According to CNET, Robert Kardashian, perhaps best known for representing O.J. Simpson in the retired football player’s 1995 murder trial, died of cancer in 2003. He was 59, Kim was 23. He’s also father to Khloe, Kourtney and Rob Kardashian, all reality stars to various degrees.

“You’re 40, and all grown up,” the figure says. “You look beautiful, just like when you were a little girl. I watch over you, and your sisters and brother, and the kids, every day.”

The figure goes on to share personal memories, including saying that when Kardashian West or someone “makes a big pee fee,” he’s there. He briefly dances, to Barry Mann’s 1961 doo-wop novelty song Who Put the Bomp, reminiscing about listening to it while driving her to school. The hologram also praises his daughter for her motherhood, businesses, attending law school and for supporting her Armenian heritage.

The hologram video was viewed more than 5.3 million times as of 30 October 2020.