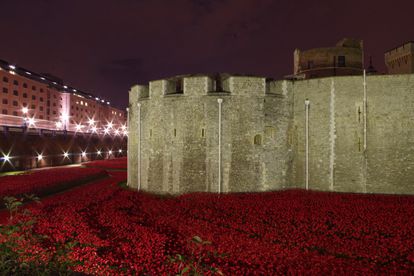 During 2014, the world has stopped to remember the centenary of the start of World War I and all of the events leading up to it. On Sunday the 9th November, the Royal Albert Hall held a requiem concert in honour of the 37 million casualties of the Great War. None other than “War Requiem”, by Benjamin Britten, was performed by hundreds of artists — all conducted by the remarkable Richard Cooke. These artists were from the Royal Choral Society, The London Philharmonic Orchestra, Trinity Boys Choir, Stephan Rugamer, Bryn Terfel and the soprano — who was the quickly replaced Evelina Dobraceva. In the presence of numerous Royal Highnesses and hundreds of people, veterans and their families, a remarkable performance brought to the fore the devastating loss the entire world felt during World War I. South Africa entered WWI on the 8th September 1914, and deployed 146 000 white, 83 000 black and 2 000 coloured soldiers to fight on the side of the allied forces. In the initial manner of the pre-apartheid era, under the leadership of General Jan Smuts, white soldiers did the fighting while black soldiers were used for logistical support and coloured fighters were also used in a “non-combative” capacity. At the time of these troops deployment, there was a terrible feeling of upset for South Africa entering into WWI on the side of the United Kingdom.  It was just 12 years previously that South Africa had fought against the United Kingdom in the Boer War, with its devastating effects and horrific concentration camps, both destroying so many lives. It was also just four years since South Africa had become a UK colony, so there was a definite feeling of ill will towards Louis Botha – the president at the time – for having sent any troops into WWI at all.

Botha put Jan Smuts in command of the South African troops to fight against Germany, and General Smuts went on in March 1917 to sit on the war cabinet in the United Kingdom. His role within the cabinet was seen to be contributory to the winning of the war. But no war is won by just its commanders, and the South African soldiers worked tirelessly to succeed and be victorious. It started with 67 000 troops invading German South-West Africa (current day Namibia) and in July 1915, the German troops stationed within Namibia eventually surrendered to the South African troops. The most costly action of WWI for South Africa was the Battle of Delville Wood in 1916 where, of the 3 000 men that entered the wood, only 786 men emerged unharmed. Another great loss to the forces of South Africa was on the 21st February 1917 when a ship carrying 602 troops was struck and almost cut in half by another ship, sinking the Mendi and all that sailed in her.

At the end of WWI the casualties were vast: 7 000 men lost their lives while 12 000 were wounded. Bringing the casualty total to some 19 000 brave souls and their families all being severely affected by the horrors of WWI.

To mark the centenary of WWI, and in an attempt to raise money for six Veteran’s charities, ceramic artist Paul Cummins and stage designer Tom Piper created the most incredible installation, called “Blood Swept Lands and Seas of Red”. The Tower of London’s moat was converted into a sea of red poppies. (The poppy is the international symbol for Remembrance Day each year.) Each of the 888 246 hand-crafted poppies has been sold, and each individually represents the lives of a British or Commonwealth service man who lost their lives during WWI. The Tower of London, remarkably, has left the moat lights on in recent evenings in order for the public to see the exhibit at night. At the requiem, at the Royal Albert Hall, Angela Rippon (hostess for the event) read the last two paragraphs of a poem “Aftermath” written by Siegfried Sassoon in March 1919. They read as follows:

“Do you remember the rats; and the stench

Of corpses rotting in front of the front-line trench-

And dawn coming, dirty-white, and chill with a hopeless rain?

Do you ever stop and ask, ‘Is it all going to happen again?’

Do you remember that hour of din before the attack–

And the anger, the blind compassion that seized and shook you then

As you peered at the doomed and haggard faces of your men?

Do you remember the stretcher-cases lurching back

Masks of the lads who once were keen and kind and gay?

Have you forgotten yet?…

Look up, and swear by the green of the spring that you’ll never forget.”

231 000 brave men of South Africa fought in WWI to aid the United Kingdom and its allies. 7 000 of them didn’t return alive. These men, and all those who have died before and after them, are who we remember at the 11th hour on the 11th day of the 11th month each year, “lest we forget”.