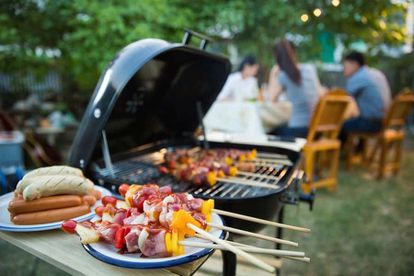 The Brits celebrate their national BBQ week from 30 May to the 5 June, but just how much of a ‘thing’ is the British BBQ?

Recent research on the National BBQ Week website shows that BBQ and at-home eating and entertainment is currently the UK’s number one summer home leisure activity.

And it’s not just popular here on this little island. In fact the UK is Europe’s leading BBQ nation, hosting over 130 million barbi’s in 2015 and beating the Germans into 2nd place for the fifth time.

How often do they BBQ?

Well, statistics show that the average number of BBQs held per family during the summer has “risen sharply” from around 2.5 ten years ago to over nine BBQs.

While nine isn’t a huge number of BBQs in the summer, it seems that 24% of Brits now have BBQs during the spring, with a further 15% claiming to BBQ all year-round.

What are they cooking?

Apaprently over the last few years there has been a clear “sausage to swordfish and burger to brochette” evolution in the style and type of food cooked at a BBQ.

How are they cooking it?

Gas remains the most popular BBQ choice at 48%, and charcoal comes in at a close second with 42%.

It’s clear that the British BBQ culture is a far cry from the South African braai culture, so with the sun coming out this long weekend, let’s take it upon us to show the Brits who the real braaimasters are!