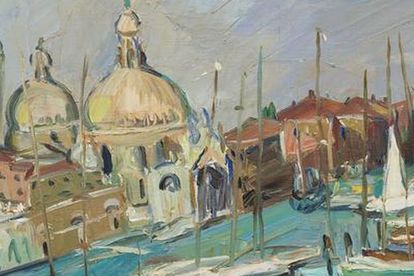 The grande dame of South African art, and one of the top-selling female artists of all time, Irma Stern was born to German Jewish parents in Schweizer-Reneke in the Transvaal. The town was occupied by the British during the Anglo-Boer War, and in 1900 the young Irma saw her father and uncle arrested and interned in a concentration camp because of their pro-Boer leanings. On their release in 1901, the family returned to Germany and to almost constant travel between the two countries. Irma would continue to travel extensively in Europe and Africa for the rest of her life, collecting artefacts and looking for new experiences and subject matter for her paintings.

Hannah O’Leary, Head of South African Art at Bonhams comments, “We are delighted to present such a wonderful array of works by this diverse and truly international artist. The collection provides a succinct cross-section of her career and includes exotic portraits, sumptuous still lifes and vibrant landscapes painted in Zanzibar, Italy and, of course, South Africa.”

Stern’s love of the flowers she grew in her garden often found direct expression on canvas. As with her earlier portraits, her still lifes, such as lot 31 ‘Still life with white irises’ 1941 (£100,000-150,000) and lot 32 ‘Still life with hydrangeas and mangoes’ 1944 (£250,000-350,000), also allowed her to experiment with rhythm and colour, the native and the authentic. Furthermore, these flower pieces offered Stern the opportunity to combine her exterior and interior worlds and to experiment with a wealth of colour schemes, unhindered by the ordinary tones of flesh or landscape.

Jacob Epstein famously once told Stern: “At last a painter who can paint comes to London. Do you know that nobody living can paint flowers better than you can – that the Renoir roses I just saw look like paper against your flowers?”

By the 1940s, Stern would seek to distance herself from overly ethnographic subjects and reposition herself firmly as a Modernist. This is clearly evident in lot 44, ‘Still life with African Woman’ (£800,000-1.2million), the most valuable lot in the sale. Painted in 1945, at the zenith of her career, it is showcased in one of her famous Zanzibar frames, which were exclusively reserved for those paintings she considered her very best. Lot 45, ‘Zanzibar Garden’ (£200,000-300,000), also boasts one of these highly ornate hand-carved hardwood frames and again reminds us of the artist’s love of the garden, albeit this time it is the lush vegetation of her slightly wild and overgrown garden in tropical Zanzibar; quite different to her ordered garden back in cool Cape Town.

Irma Stern’s wanderlust had been severely challenged by World War II: her visits to Zanzibar and the Congo in pursuit of fresh subject matter were inspired by necessity; the gates of Europe were shut. Her final trip to Europe before war broke out included four months in Italy in 1937 and it would be another decade before she returned. While those years in Africa were undoubtedly some of her most productive, it is obvious from lot 60 ‘The Entrance to the Grand Canal, Venice’ 1948 (£400,000-600,000) and lot 61 ‘Fishing Boats, Amalfi’ 1953 (£70,000-100,000) that she was reinvigorated by her return to Europe. In the grand artistic tradition, Stern responded passionately to the magic of Venice: the architecture, the water, and the very particular light; as so many hundreds of artists had done before her and continue to do so today.