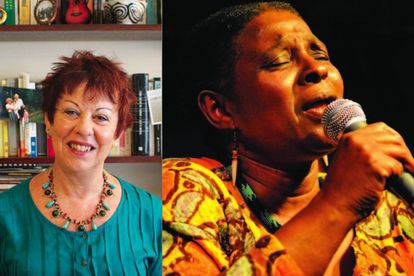 Renée Reznek often performs locally and has earned a reputation for lucid and sensitive interpretations of 20th and 21st century piano music. She will be performing a new composition by Neo Muyanga in honour of Nelson Mandela in his anniversary month. The concert will also include the first performance of PMB Impromptu composed for Renee Reznek by renowned South African composer Kevin Volans.

Nancy Ruffer specialises in contemporary flute repertoire and has given numerous first performances in Britain and abroad. She was born in Detroit and received a Master of Music degree from the University of Michigan, Ann Arbor. That same year she was awarded a Fulbright-Hays Scholarship to do post-graduate study at The Royal Academy of Music. She was awarded the Kranichsteiner Prize for Performance at Darmstadt in 1984 and was elected an Associate of The Royal Academy of Music. Alongside South African works, her repertoire on 2 July will include Syrinx by Claude Debussy Fantasie by Gabriel Fauré, Summer Music by Richard Rodney Bennett, Out of the Cool by David Heath.

The great South African vocalist, Pinise Saul, is a remarkable singer who fuses African traditional harmonies and contemporary rhythms to create a style that is uniquely hers.

Simon Wallace is an internationally renowned composer and pianist and a familiar face on the London jazz scene, appearing regularly at Ronnie Scotts Club, the 606 Club and the Vortex with some of Britain’s finest musicians.

Tickets include interval drinks and all funds raised will go towards the work of Starfish.

To book click HERE or call 020 7597 3797 or email ukinfo@starfishcharity.org for further information.