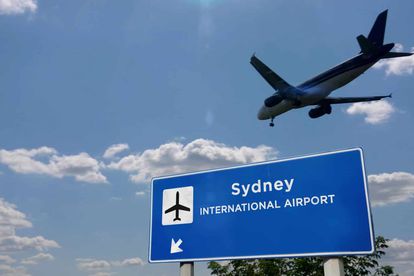 South Africans are still seeking out Australia as a country to relocate to. Image: Adobe Stock

South Africans are still seeking out Australia as a country to relocate to. Image: Adobe Stock

South Africans have always favoured Australia as a destination they would consider emigrating to. Australia is reported to be home to the second-largest number of South African expats after the UK.

The similarity in culture, climate and way of life are all factors that attract South Africans to the Land Down Under. There are large South African communities living in the cities of Sydney and Perth, as well as in outlying areas in the vast country.

With large South African communities present in Australia, Afrikaans can often be heard on the streets or in places where South Africans now live. It is recognised as one of Australia’s community languages.

On 30 November, Australia’s Department of Home Affairs published its annual report showing the country’s migration data for 2019/2020. The report shows the number of migrants that arrived in Australia over the year and the various source countries they originated from.

The report shows a decline in the number of South Africans arriving in Australia over the last year. Travel bans and border closures are logical explanations. There are, however, other reasons for the decline.

Figures released in the report show the number of applications lodged with the Australian Department of Home Affairs have dropped for the year ended 2020.

IMPACT OF COVID-19 ON MIGRATION

The coronavirus pandemic has led to travel bans and border closures in many countries across the globe. South Africa closed its borders from late March to 1 October, resulting in the suspension of scheduled international flights and the inability to travel to other countries.

On 20 March, Australia closed its borders and implemented a strict travel ban which is still in place. Australia only allows citizens and legal residents to return to the country, with quotas for the number of people allowed to return each week.

OTHER FACTORS LEADING TO MIGRATION DECREASE

Migrants to Australia are required to submit documentation for English language testing, health testing, biometrics and character checks with their applications.

Lockdowns have resulted in applicants being unable to obtain the documentation required to lodge completed migration applications. This has resulted in lengthy delays for several migrants from many countries.

The decrease in the number of South Africans emigrating to Australia is partly due to the travel ban  implemented to mitigate COVID-19 but also due to stricter migration requirements for Australia, coupled with the rising costs to lodge applications, and to obtain all the obligatory supporting documentation.

The number of South Africans migrating to Australia in the year 2010/2011 stood at 8612. South Africans ranked fifth in Australia’s table of migration source countries that year.

Australia is a nation of immigrants, with large numbers originating from India, China and the UK. These nationalities remain at the top of the list for 2019/2020.