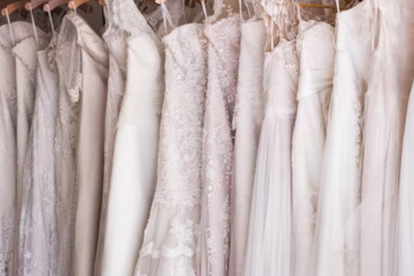 For any bride and maybe even groom, the wedding day is one of the most important days of their lives. Unfortunately, even the slightest thing can ruin the day which is why what this mother-in-law did can truly be described as bizarre and perhaps even malicious.

Taking to Reddit, the woman whose wedding was ruined by her then mother-in-law, shared how the special day was spoiled and many agreed that she had every right to be angry and joined her in bashing her ex-husband’s mom.

Just imagine your mother-in-law shows up to your wedding wearing the same dress as you?

One woman, @jerseygirl1105, doesn’t have to imagine after this exact thing happened to her.

Taking to Reddit’s AITA forum, she shared photos of her now former mother-in-law posing with her and her husband at the time on the day of their wedding.

In the snaps, the MIL is wearing the exact same dress as the bride.

“MIL really wanted to be bride. I’m now divorced from her son, who she posed with in the 2nd picture,” wrote jerseygirl1105.

Responding to comments from flabbergasted users in the thread, she said:

“It was humiliating for her because the reaction was not what she expected, which was to feel like the bride. Instead, she looked like an absolute fool.”

Many people severely slammed the mother-in-law, saying that she was wrong for trying to upstage the bride:

“You know the engagement photos where the bride-to-be poses with left hand on chest, engagement ring showing? It looks like she’s doing that in the mother/son photo,” wrote one user.