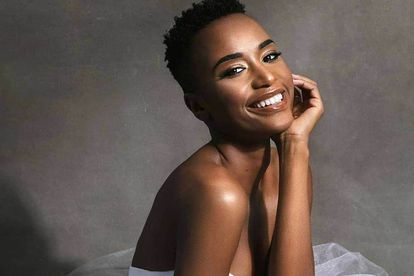 Miss South Africa has a unique idea for her Miss Universe National Costume competition entry asking men to send in love letters to the women in their life to form part of her outfit.

The National costume section of Miss Universe takes place a few days before the final crowning ceremony and showcases the diverse heritages represented at the pageant.

Miss South Africa Zozibini Tunzi launched her support for the UN’s #HeForShe campaign on Monday. The campaign aims to mobilise men as allies in the struggle against Gender-based violence and the creation of an equal society for all.

Zozibini has also asked men to write tributes to the women in their lives with those letters, in turn, being inscribed onto ribbons of fabric which will be attached to her National Costume entry.

“I am asking men to write love letters to the women of South Africa. Those letters will be inscribed on to ribbons of fabric which will, in turn, form part of my national costume,” Miss South Africa said.

“In what will be a first, I will literally take South Africa with me to Miss Universe; I will wear a wave of love from men in the form of love letters celebrating and honouring the women of this country.”

The 2019 Miss South Africa winner said she wanted to shift the perception about gender-based violence.

“Women are constantly being taught how to defend themselves against attack from men. I would like to shift the perception. I want to say that that responsibility should no longer rest on the shoulders of women alone. I want the men of our nation to stand and take a stand against gender-based violence,” Zozibini added.

Miss Universe 2018 Catriona Gray hails from the Philippines who lay claim to four titles at the most prestigious of all pageants. Two South African women have worn the crown of Miss Universe.

The 2019 edition of Miss Universe crowning will take place on 8 December at the Tyler Perry Studios in Atlanta, Georgia in the United States. Five-time Emmy Award winner, Steve Harvey returns as host of the crowning ceremony. A new crown made by luxury jeweller Mouawad will also make its debut at the 2019 pageant.