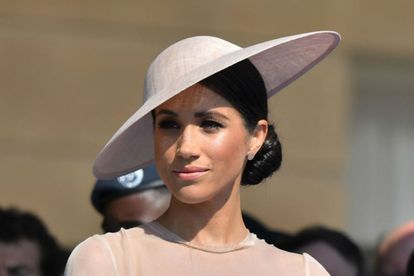 Meghan, Duchess of Sussex, reportedly spoke with Queen Elizabeth II after Prince Philip’s funeral over the weekend. The 39-year-old royal was unable to attend the service on Saturday because her doctors deemed it too risky for her to travel whilst heavily pregnant with her second child with her husband Prince Harry.

And although she couldn’t be there in person, Meghan and her 23-month-old son Archie reportedly called Queen Elizabeth earlier this week to make sure the monarch was okay following her 99-year-old husband’s funeral.

A source told People magazine: “Meghan spoke with Harry before his grandfather’s funeral. Meghan and Archie also spoke with the Queen earlier this week.”

Harry, 36, attended his grandfather’s funeral without his wife or their young son, which marked the first time he had met with several of his family members since deciding to step down as a senior royal and move to California.

The Duke of Sussex has reportedly returned to his Montecito home following the service, with his car seen leaving the private terminal at LAX airport just minutes after the plane landed on Tuesday 20 April.

Harry’s return to the US meant he would miss his grandmother Queen Elizabeth’s 95th birthday on Wednesday, following previous reports he was “conflicted” as to whether to stay for the occasion or to get back to his spouse.

The Duke’s visit to the UK also marked the first time he had seen his family since he and Meghan gave their bombshell tell-all interview to Oprah Winfrey.

It has been claimed he spent three hours “clearing the air” with his father, Prince Charles, and brother, Prince William, after the Duke of Edinburgh’s funeral, though he didn’t have a one-on-one meeting with either due to concerns what they said could be misconstrued.

Harry is expected to return to the UK again at the end of July to join his brother for the unveiling of a memorial to their late mother, Princess Diana.