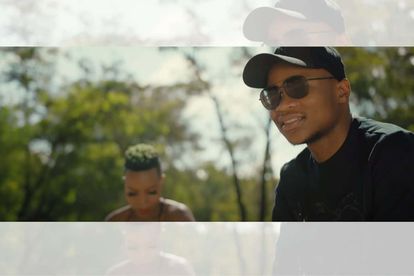 Jerusalema, the song by South African DJ and record producer Master KG featuring South African vocalist Nomcebo Zikod just clocked in 100 million views on YouTube. It is said that Master KG is the first South African artist to do so.

After various videos were uploaded to the internet of people dancing to the song in June this year, the song quickly went viral despite being released last year.

“When Jesus say yes nobody can’t [sic],” Master KG said on Twitter upon hearing the news. “100 million views thank you world from Master KG and Nomcebo from South Africa.”

On Instagram, he also said: “Dreams are valid don’t sleep on your self…we did it @nomcebozikode…thank you world.”

It’s said that the Limpopo-born musician and record producer, featuring local vocalist Zikode, has managed to transcend national borders and has officially become an international hit. All around the world, people, including health care workers, metro police officers and priests, have been sharing videos of themselves dancing to the song under the hashtag #JerusalemaChallenge. According to Master KG, the dance challenge started in Angola when a group of friends recorded a video of the dance choreography that has since gone viral.

Now, many are taking part in the challenge, including, SA’s Finance Minister Tito Mboweni and staff from the False Bay Hospital, in Cape Town. In a recent video, staff of the False Bay Hospital can be seen dancing to the song. The video clocked in over 50 000 views on Facebook with the caption:

“FBH Staff brought the rhythm and we danced for you, South Africa!! Thank you to Ignite U for making this possible and working around our schedules. You brought the technique and we added the flavour… FBH Staff busted some awesome moves on the helipad, surrounded by our mountains through the wind, rain and sunshine…. it helped to rejuvenate our team! Well done, team!”

Also read: The basic steps for the ‘Jerusalema’ dance challenge