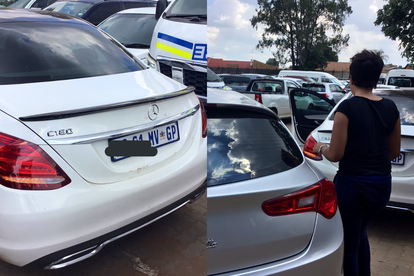 This poor woman was hijacked a few days ago. Images via Twitter: @collinsAMI12

This poor woman was hijacked a few days ago. Images via Twitter: @collinsAMI12

A South African man had many people praying with him after he headed online to share a harrowing tale of his wife getting hijacked. Taking to Twitter, the man explains that his wife got hijacked in Katlehong but escaped from the situation unharmed. Many people headed to the comment section to discuss the rate of crime in the country.

A lot of them also wished the traumatised family well.

Man’s wife gets hijacked, lives to tell the story

In South Africa, hijacking is, unfortunately, a very common thing. One man and his wife were left traumatised after she got hijacked while driving their Mercedes Benz in Katlehong.

Taking to his Twitter page, the young man shared how she was forced out of her car by armed men who left her stranded after driving off with the car and her cellphone.

Luckily she was able to get some help shortly after the incident. He also explains that the car was tracked and recovered by the tracking company who discovered that the thugs had already started stripping the vehicle.

“Last night around 9pm my wife was hijacked at gunpoint in Katlehong, by the grace of God she was unharmed. They took the Mercedes then sped off, leaving her stranded on the road.

“When she got help she called and I alerted @TrackerSA, who activated the device and recovered the car stripped.”

Hijack horrors: Here’s what locals had to say

“These guys who strip cars I suspect were former workers for these companies.”

“This thing of hijacking is serious and police ain’t acting. My uncle bought a Bakkie yesterday and he was hijacked at the gate and shot to death 💔. Good thing your wife was unharmed the good Lord protected her.”

ALSO READ: Woman praised for returning money after paying R790 instead of R7.9k