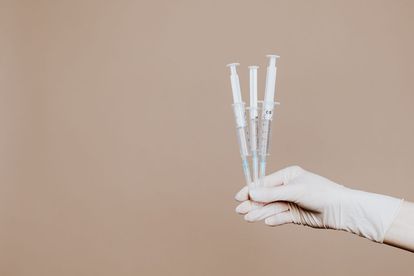 South African healthcare workers recently reported on the side effects they experienced after being vaccinated with the Johnson & Johnson vaccine. Some of these side effects include numb arms, shortness of breath and the development of mouth ulcers.

According to IOL, nearly 150 000 healthcare workers have been vaccinated under the Sisonke Protocol, which started at the Khayelitsha District Hospital in February, with the Johnson & Johnson vaccine rolled out as part of a phase 3b study, to accumulate additional data towards obtaining regulatory approval.

Now it is reported that while the majority of those who have been vaccinated have had no adverse reactions after getting their vaccine, some have experienced side-effects. According to Sisonke’ Safety Physician and Medical Monitor, Dr Simbarushe Takuva, body aches, headaches, fever, small swelling, redness, induration/hardness and a rash after being injected with the vaccine are some of the common effects.

Many healthcare workers have since reported their experiences – many of which are on social media:

On 15 March, a Western Cape healthcare worker spoke to IOL on the condition of anonymity and said that she has been experiencing headaches, severe muscle pain and fatigue since she received the Johnson & Johnson vaccine on 24 February.

“My GP had to prescribe me oil which I need to take daily or won’t get through the day and two Panados three times a day just to survive,” she told the publication. “How are they doing research if they are not listening to people who got the vaccine?.”

However, according to a co-principal investigator of the Johnson & Johnson implementation study, Professor Glenda Gray, some of the severe allergic reactions could have been avoided if healthcare workers were forthcoming about their allergies.

“A lot of healthcare workers are scared that we are going to withhold the vaccine and so they don’t tell us and it’s always a catastrophe afterwards. We do need to know if you have allergies, so we can manage the vaccine with you,” said Gray during the Desmond Tutu Health Foundation webinar on 15 March.

Meanwhile, Dr Simbarashe Takuva revealed out of the 145 215 (as of 12 February) vaccinations, about 3 030 adverse events had been reported. He said further that they had not seen any adverse events that were of concern.

“If you experience either rash, hives, difficulty breathing or a bad reaction, contact a medical provider. For pain or fever, you may take pain medication like paracetamol or ibuprofen. Apply a cool, wet cloth over the injected area.”

Individuals who are experiencing side effects or adverse effects may report via three different streams which are: