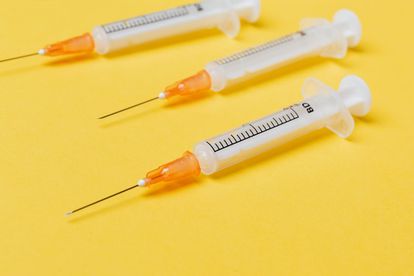 Shoprite is looking to secure its own COVID-19 vaccine in order to speed-up the vaccine rollout in South Africa.

Shoprite wants to speed-up the vaccine rollout in SA

Yes, Shoprite’s chief executive officer Pieter Engelbrecht told BusinessTech that they “would certainly purchase it for their employees to get front-line workers vaccinated as quickly as possible”.

“There are 25 million customers through our stores every month, so one can understand how critical it is for our people to be vaccinated.”

Engelbrecht’s comments come after it was revealed that it will take 18 years, six months and eight days to vaccinate 67% of South Africa’s population at the current rate. And so, fears are mounting that a resurgence in infections will hit as the country heads into its winter months.

Furthermore, Shoprite employs more than 140 000 people through the operation of 2 892 stores and a network of distribution centers across Africa, according to the publication. And while Shoprite’s food stores have remained open throughout South Africa’s varying levels of lockdown, trading at its liquor, furniture and household-goods outlets have been halted at times.

“Rather than restrict trade, which causes injury to insult with unemployment and retrenchments,” the focus needs to be on reaching so-called herd immunity to ensure the economy “can get started,” Engelbrecht said.

The private sector and vaccines

In March 2021, AfriForum and Solidarity said that the government admitted under oath in court documents that there was no legal restriction on the private sector to buy COVID-19 vaccines.

According to Eyewitness News, the organisations approached the court to take action against the State to declare as unconstitutional any legal exclusion of the private sector regarding the purchase of the jabs.

“AfriForum and Solidarity had to launch a court application to finally get a response from the government, whereas a simple response from our initial letter would have cost them nothing.”

But, other reports suggest that you won’t get ‘private’ COVID vaccines any time soon. Profmed chief executive Craig Comrie said that this revelation is not new – but is rendered moot by the fact that government still gets to set the Single Exit Price (SEP) at double the vaccine’s cost, and that vaccine suppliers are not interested in fulfilling small orders at the moment.

“Medicines are regulated in price similar to the way bread and petrol is. In this case, the minister of Health will set the price for all COVID-19 vaccines,” said Comrie. “Government is given license to effectively load the price of vaccines to promote the use of a state-run central vaccine rollout programme, while using the increased ‘profit’ to cross-subsidise, or even tax, privately procured vaccines. This pricing mechanism is already set to be included in the price of the vaccines that government procures,” he said.

RAMPING UP THE VACCINE ROLLOUT IN SA

Health Minister Dr Zweli Mkhize has actually admitted that government is likely to miss its target of 67% of the population vaccinated by the end of the year. Responding to questions in parliament on 10 March, Mkhize said the annual target is constantly reviewed amid new data inflow. He said that the vaccination targets depends on vaccine doses being delivered by the manufacturing companies as per an agreed quarterly schedule.

“The government has secured a total of 43 million doses through deals with Johnson & Johnson, Pfizer and the Covax group,” the publication writes. “However, just a fraction of these vaccines has been delivered, with the manufacturers operating on a quarterly basis for deliveries.”

For the first quarter, which ends on 31 March, the government has anticipated 500 000 doses of Johnson & Johnson and 600 000 doses from Pfizer. This makes it difficult to track annual targets, the health minister said further.