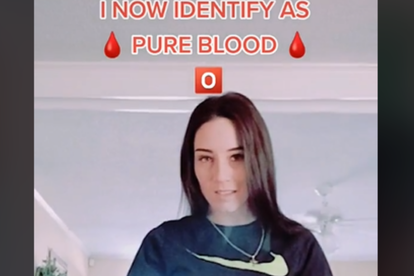 A few social media using anti-vaxxers have taken to the internet to unveil a new name for themselves. According to various TikTok videos shared on the app, they don’t want to be called anti-vaxxers but rather ‘Pure Bloods,’ a term that comes from Harry Potter and refers to witches and wizards of unmixed ancestry or descent.

Anti-vaxxers stand against the term

A bizarre new trend has seen people who refuse to get the Covid-19 vaccination denounce the term that has been used to describe them which is anti-vaxxers.

According to various Tik Tok videos that have been circulating the internet, they no longer want to be called “anti-vaxxers” and would now like to be addressed as “Pure Bloods.”

The term “pure blood” comes from the Harry Potter book and describes witches and wizards who do not have a mixture of non-magical and magical blood. In the book, people with pure blood consider themselves more important than those who are “half-blood” or “mud-blood.”

The name change thus suggests that those who are still refusing to help curb the spread of the virus consider themselves better or smarter than those who have taken the jab to protect themselves and their families.

In the various TikTok clips, people look away from the camera while music plays in the background. On the screen a message reads:

“I will no longer be referred to as an anti-vaxxer, you can call me a pureblood.”

The clips have received thousands of comments from internet users who loved the concept or absolutely hate it. Of course, there have been debates about what the anti-vaxxers are trying to imply with the name change. To each their own…we guess.