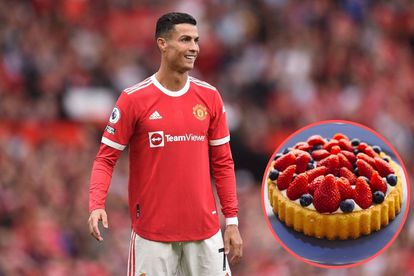 While Cristiano Ronaldo only made his second debut for Manchester United on Saturday, 11 September, the football star is already making an impression on his teammates, this time with his choice of food.

Ronaldo reportedly follows a very strict diet and is very disciplined. Now, according to Manchester United goalkeeper Lee Grant, the whole team is static for Ronaldo to be in the squad and he is pushing them to be the best, in more ways than one.

Grant said that ahead of Man United’s 4-1 win over Newcastle United on Saturday, where Ronaldo scored twice, the squad stayed together at The Lowry Hotel in Manchester and had an evening meal together.

But, according to Grant, the former Real Madrid forward did not eat any dessert after his meal. As a result, the other Man United players didn’t eat any dessert either, despite normally having one when the team has dinner together.

“I’ll give you one instance of the impact he’s having on the group right,” Grant told Manchester Evening News. “On Friday night in the hotel as you’d be aware you finish your dinner and usually on a Friday night you’ve got a few cheat stuff out. You’ve got an apple crumble and custard or a brownie and cream, some dessert stuff.

“I’ll tell you now not one player touched the apple crumble and custard. Not one player went up for that brownie because everyone was sat down on our table for pre-match and straight away one of the players said to me, ‘what’s Cristiano got on his plate?’. Obviously, it’s the most clean, healthy plate you can imagine and it just cracked me up how not one single player dared get up and take that junk food on which was laid out.”

Grant was then asked what exactly did Ronaldo eat in the hotel that night.

“I’ll tell you one of his plates, he had several,” the goalkeeper said. “One of them was quinoa, avocado and a couple of boiled eggs. Listen, this guy is in incredible shape. He’s actually got the second-best body behind me now at the club – and that’s saying something, so fair play to him!”

“That’s obviously a joke by Granty in a setting with some mates and ex-players, it’s not like we’re linked with junk food and Cristiano changed it,” Solskjaer said.

In the past, Ronaldo said that if you have talent but don’t work hard, you won’t win anything, according to Eurosport.

He has therefore been very strict with his lifestyle. According to The Sun, Ronaldo will reportedly eat up to six meals a day and favours fish as a staple of his diet, with swordfish, tuna and braised cod as particular favourites. He also enjoys chicken due to its high protein and low-fat content and will often eat ham and cheese and low-fat yoghurt for breakfast.

Ronaldo also ensures he has eight hours of sleep each night.

About the importance of sleep, Ronaldo has said: “Proper sleep is really important for getting the most out of training.”