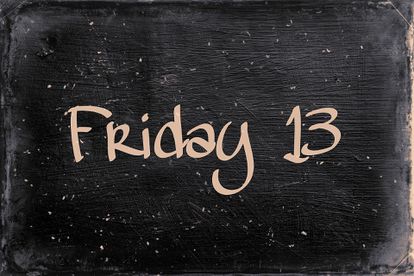 Today marks the only Friday the 13th on the 2022 calendar. This weekend, we will also witness the ‘super flower blood moon’ occurrence.
Image via Pixabay

Today marks the only Friday the 13th on the 2022 calendar. This weekend, we will also witness the ‘super flower blood moon’ occurrence.
Image via Pixabay

Friday the 13th and a blood moon eclipse are set to coincide this weekend – and horror fans are thrilled!

Friday the 13th usually occurs one to three times each year, but May 13 will be the only time the 13th day of the month will land on a Friday this year.

THE ORIGINS OF FRIDAY THE 13TH

Friday the 13th is considered an “unlucky day” in Western superstition.

While the exact origin of Friday the 13th being an “unlucky day” is rather murky, there are several theories, which include the following Christian associations:

Interestingly, Nasa has confirmed that an asteroid “will come scarily close to Earth” on Friday the 13th in April 2029.

WHAT IS A BLOOD MOON?

On Sunday night, a total lunar eclipse – when the Earth comes in between the sun and the moon – is set to occur. The rare occurrence is also known as a “super flower blood moon”, where the sun, moon, and earth will align.

The weekend’s eclipse is also called a “super flower blood moon”, as the moon will not only take on a reddish hue but will appear larger too, as it will be at its closest point to earth in its orbit, and “flower moon” referring to the flowers will bloom in spring in the Northern Hemisphere.

According to Nasa, this is because red wavelengths of sunlight fall onto the moon’s surface after filtering through the earth’s atmosphere.

Nasa also reveals that the blood moon will be visible across the African continent, provided there are clear skies.

South Africans will be able to see the total eclipse occur between 05:29 and 06:53 according to timeanddate.com.

As with Friday the 13th, a blood moon is also seen as a sinister occasion.

In ancient civilisation, the day was filled with chaos and uncertainty. The Inca people believed a jaguar was attacking and eating the moon, whilst Hindu folklore believed the event signified the demon Rahu drinking the elixir of immortality.

ALSO READ: Blood moon lunar eclipse: Myths and superstitions from around the world