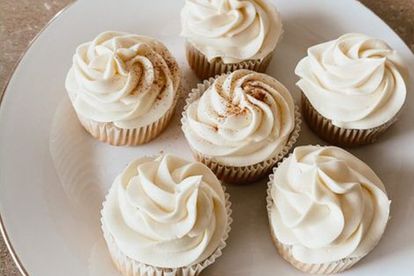 One of our top South African desserts must be milk tart. Add a delicious twist and you get milk tart cupcakes, the ultimate treat that no one can resist.

Traditionally, milk tart has a flaky crust, a rich custard centre, and a generous dusting of cinnamon on top. Transforming this much-loved dessert into cupcakes, you need to make it a bit denser, but definitely reminiscent of the original.

Whether for dessert or just midday treats or a naughty midnight snack, these delightful bites will certainly hit the spot. Let us know in the comments of the recipe section if you have tried this recipe.

Snack time has never been better than with these milk tart cupcakes. A truly South African treat! For more tasty recipes to prepare for your family and friends, just have a look at our recipe page, we have so many delicious recipes for you to try.