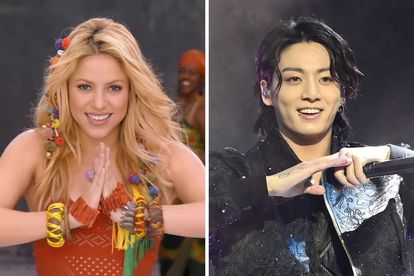 The opening ceremony of the 2022 Fifa World Cup in Qatar brought with it a wave of nostalgia – especially for South Africans who heard a snippet of the 2010 anthem Waka Waka, made famous by Colombian singer Shakira.

But Sunday’s performance brought with it a new shining star and anthem – Dreamers by BTS singer Jung Kook.

The World Cup officially kicked off on 20 November and will run until 18 December. The football tournament features 32 participating countries and 64 matches.

ALSO READ: FIFA World Cup 22: What is the official song?

Joining US actor Morgan Freeman who made a surprise appearance at the World Cup opening ceremony, Jung Kook took to the stage to belt out his hit called Dreamers.

ALSO READ: WC: English WAGS warned not to show off figures in Qatar

The official music video for the track will be released on Tuesday 22 November on FIFA’s official YouTube channel.

Jung Kook and his song Dreamers join several other artists around the world who have secured a spot on the Fifa World Cup 2022 soundtrack.

Following Jung Kook’s performance, many fans – particularly members of the BTS “Army” – gave the singer and his World Cup track the thumbs up.

Some even went as far as claiming that it had “dethroned” Waka Waka.

On the flip side, others claimed that Shakira’s hit song performed with SA’s own Freshlyground – which has a whopping 3.2 billion views on YouTube – remains the undefeated champion.

Which song do you think takes the win for a World Cup anthem? Listen to both below and decide for yourself…