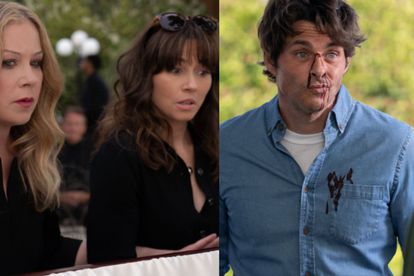 The final season of Netflix’s ‘Dead to Me’ is an emotional rollercoaster. Images via Twitter @netflix

The final season of Netflix’s ‘Dead to Me’ is an emotional rollercoaster. Images via Twitter @netflix

Netflix’s hit series Dead to Me starring Christina Applegate and Linda Cardellini has officially drawn to an end after the release of season three on 17 November.

‘DEAD TO ME’: THE THIRD AND FINAL SEASON

The third and final season of Dead to Me is both an emotional rollercoaster and enjoyable. This season has a surprise pregnancy and death and most viewers may not have seen that coming.

On the second season of Dead to Me, Jen (played by Christina Applegate) and Judy (played by Linda Cardellini) were involved in a hit-and-run car accident. This season picks up at the accident scene.

“Jen and Judy return, ready to risk their lives one last time for a friendship that’s above the law. In the aftermath of yet another hit and run, both women receive shocking news. When the FBI takes over Steve’s murder case, Jen is confronted with the dire consequences of taking a life, and Detective Perez (Diana-Maria Riva) struggles to cover up her own complicity,” reads the synopsis of the series according to Netflix.

The series, created by Liz Feldman,  has a 89% audience score on Rotten Tomatoes.

ALSO READ: ‘Satisfied with ending’: Fans on final season of ‘Dead to Me’

Following the accident, Jen and Judy are admitted into hospital and this changes life forever for one of them. On the love life front, things are complicated for Jen! After killing Judy’s husband Steve, his twin brother Ben (James Marsden).

Jen may develop some feelings, but she her big secret of murdering Steve may not exactly result in smooth sailing for a relationship. Will Jen confess to committing murder? However, Ben may not be all that innocent either.

So, the final season of Dead to Me is like a series of confessions but by the end of the season the confessions seem to figure itself out. While the viewer is likely to experience some sadness, if he/she gets attached to a character, there is a sense of peace at the end of the series.

It is quite rare that a series ends with that sense of satisfaction and no cliffhanger, but Dead to Me certainly leaves the viewer without any more questions.