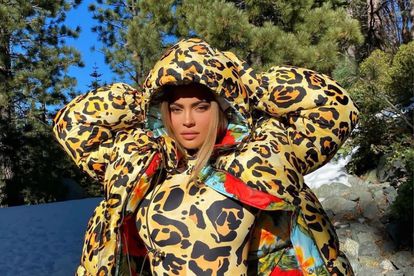 Police arrested a man who wanted to propose to Kylie Jenner. Image via Instagram @kyliejenner

Police arrested a man who wanted to propose to Kylie Jenner. Image via Instagram @kyliejenner

Kylie Jenner took to social media to show off the colourful accessories she is ready to rock now that spring is imminent in the United States.

The media personality, socialite, model and businesswoman has never shied away from showing off her wardrobe treasures and this time is no different. Kylie posted a picture of what we can safely say is just a small section of her wardrobe.

The image included more than16 pairs of shoes and eight handbags that one fan thinks is worth as much as her college tuition. On the top shelf there are Louis Vuitton, Chanel and Birkin handbags as well as a bejewelled Cinderella pumpkin carriage clutch. The next two rows are high heels in various different colours fit for a magical night out.

The post received more than three million likes and the comments on the post had fans comparing just that small section of Kylie’s wardrobe to their study fees.

If you’re as rich as Kylie Jenner then splurging on designer clothing and accessories is just another day in the life of being wealthy.

Her spring-ready accessories are said to be worth about $1-million, which is equivalent to more than R15-million.

Contrary to the fashion rules of her sister Kim Kardashian, who is most often seen wearing neutral colors, Kylie Jenner is embracing all colors under the sun this season.

She also wore a bright green bikini top and skirt in another recent post and referenced Fergie’s Fergalicious in the caption.

“My body stay vicious. I be up in the gym just working on my fitness. He’s my witness (oh, wee).”

Kylie Jenner’s fans seem to love her in her pop of colour and the post received more than six million likes. Followers commented:

“@itsjohnnycyrus yesss, I don’t really like green but I really loved this,” @Glaucialisboa16 said.

Is Kanye West trying to win back Kim Kardashian?