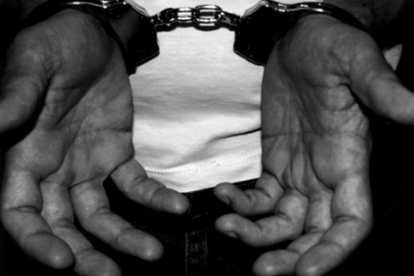 Two men have been arrested after taking off with unpaid petrol from an Engen garage. Image by Flickr

Two men have been arrested after taking off with unpaid petrol from an Engen garage. Image by Flickr

Two young men have been arrested and are facing charges of theft after they dashed away from a Westville Engen petrol station without paying for their R1200 fill.

In a clip that has since been shared online, the men can be seen speeding away in their VW Caddy just after the attendant was done filling up the vehicle.

Two 21-year-old men found themselves in the Pinetown Magistrate’s Court on Monday this week after driving off from a Westville petrol station without paying for their full tank of petrol.

CCTV footage at the Engen garage shows the men arrive in a VW Caddy and then hastily take off as soon as the petrol attendant was done filling their car.

The footage also shows the attendant chasing after the car.

According to News24, the attendant managed to catch up with the car and was able to smash the window before it took off again.

The car was later found in Mpumalanga and an arrest was made by KwaZulu-Natal police officers.

It appears these petrol dashers are becoming a norm in South Africa as desperate motorists turn to crime to keep their cars on the road.

While there has been a fuel price cap in place for April and May, the cap ends today and may just cause another surge in petrol thieving in South Africa.

In fact, 2Oceansvibe reports that June may see a massive surge in fuel prices in the country, with the cost rising to as much as R25 a litre.