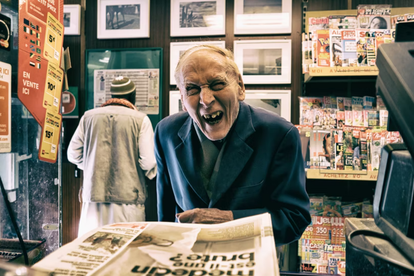 An elderly man was caught driving without a licence after 70 years. Image via Unsplash

An elderly man was caught driving without a licence after 70 years. Image via Unsplash

An old man recently knocked the socks off from police officials after discovering that he had been on the road for 70 years without a licence. The elderly man was discovered after he was pulled off the road by police officers who also heard that he does not have insurance.

The man explained to officials that despite driving without a licence, he has never caused or been in a road accident.

Nottingham police recently had the shock of their lives after they pulled over an elderly man who was stopped when automatic number-plate recognition (ANPR) cameras flagged up his Mini One car as he pulled up next to a Tesco Extra.

After speaking to the man for a bit, officers heard how he had been driving since he was only twelve years old with no licence. According to the man, in his 70 years of driving, he had not been pulled over by other cops.

ALSO READ: You can now renew your car licence disc by adding it to your grocery list

He also said that he had never caused an accident on the road, the Daily Mail reports.

A stern warning is issued

Taking to Facebook, the police officials shared the story:

“We can’t quite believe what happened next. The driver, who was born in 1938, coughed that he had been driving with no licence and no insurance since he was 12 years old and somehow had managed to never be stopped by the police. ‘Thankfully he had never had an accident [or] caused anyone an injury.” the Facebook post read.

They also took some time to warn other motorists about the cameras which never miss a beat, adding that they better be extra careful to keep all the necessary documents in order:

“Due to the increased number of ANPR cameras in Nottingham, even on the small trips you are likely to hit a camera, so make sure your documents are in order… because it will catch up with you one day.”

ALSO READ: How to avoid long queues when renewing your driver’s licence – everything you need to know