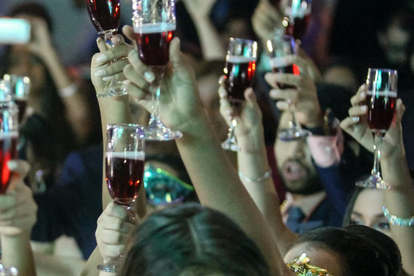 British Prime Minister Boris Johnson is currently up to his neck in problems as more information surfaces surrounding the numerous Downing Street staff and birthday parties that were held during the worldwide lockdown in both 2020 and 2021.

Many have called on the PM to resign from his position – especially after hearing how staff members bought a fridge to keep their various bottles of alcohol cold at these illegal parties.

While thousands of UK citizens were adapting to lockdown life, staff of the UK government and conservative party members were allegedly sneaking a bar fridge into a Downing Street office to keep their alcohol cold for one of the many illegal parties held in 2020 and 2021.

The parties, which have now been termed “partygate”, are currently being investigated and things are not looking good for Boris Johnson who allegedly encouraged these parties after telling staff members they should “let off steam.”

Boris is also said to have allegedly attended a handful of these parties.

In 2021, the Daily Mail reported that a Christmas party was cancelled due to COVID-19 “tier” regulations that were put in place. Despite this, staff members still held social gatherings during the festive season. After it was reported, Boris insisted no rules were broken.

A week later, a video was leaked of certain staff members jokingly practicing for a conference to explain that no parties were thrown. The video resulted in a number of staff members resigning from their positions.

Shaun Bailey resigned from a number of his positions, including chair of the London Assembly’s Police and Crime Committee, after admitting to a party on 14 December 2020 with Conservative Party staff.

Fast-forward to 2022 and more stories of the big staff gatherings are being told by attendees. One anonymous person revealed to The Mirror that staff members took turns to buy alcohol for the gatherings which took place every Friday.

Staff also reportedly invested in a £142 (R2934) drinks fridge to keep their drinks cold during these numerous parties that were strictly prohibited at the time.

A ‘culture of boozing’

“It was a culture of 3 am sessions. People used to sleep off their hangovers in the buildings overnight on sofas and in the mornings there were empty drinks on the desks that the cleaners had to pick up. There was a culture of boozing,” one insider told The Times.

Daily Mail confirms that the parties were a tradition for UK government workers – a tradition that apparently could not be stopped by lockdown rules that were imposed on everyone in the country.

The publication also reports that Downing Street staff partied even on the eve of Prince Philip’s funeral, something which Boris forced them to apologise to the Queen for.

Despite this, calls for Boris to resign have grown increasingly loud as more details of Partygate emerge.