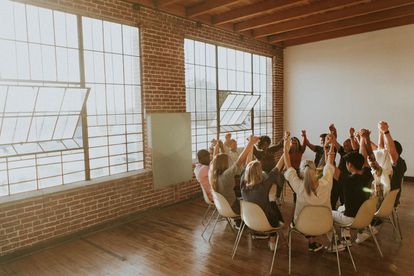 These plans form part of a wider plan to tackle the high levels of substance abuse across the UK. Currently anybody who is convicted of driving while using drugs is likely to be given a driving ban, prison sentence, or a court fine. New studies will add a further element and enforce mandatory rehabilitation courses before those convicted can return to driving.

The government’s most recent survey looked at the wider picture of drug use in the UK, and found that drug use in Britain has remained relatively similar over the past 10 years. In 2019, the statistics of drug use were at 9.4% in England and Wales, 12% in Scotland, and 5.9% in Northern Ireland.

So how is this reflected on the roads? The Parliamentary Advisory Council for Transport Safety (PACTS) recently made a review of the way that drug-driving is dealt with and found some concerning statistics. These include the following:

The report focussed on a number of elements, including how frequently the test is carried out, the process used, individuals involved with drug driving cases, and the law. Some of the findings included the following:

The research had limitations as it was unable to look at the full impact of drug driving such as how many people die as a result of drugs on the road, and how many drug driving tests are carried out. It is suggested that this problem might be much bigger than we currently understand, and worryingly, the problem is increasing.

A number of suggestions have been made regarding making Britain’s roads safer. One of the most significant changes would be the introduction of a ‘drug drive rehabilitation course’. This would be a close comparison to the current drink driving rehabilitation programmes with more comprehensive tests for existing mental health issues and drug problems, and additionally signposting to accessible treatment.

A combined drink and drug driving limit has been suggested, which lowers the current drink drive limit. This is in an effort to identify the increased risk posed by individuals who use both substances. In response to the disparities across the country, it’s been suggested there should be extra efforts made to train police forces where current convictions are low. Relatedly, a review of the current blood testing process could be made to find cost-cutting solutions.

Currently it’s difficult to obtain full data sets of injuries and offences in regards to drug driving; it has been suggested that this should be reviewed. Understanding the full picture can help us to implement lasting changes.

With the UK’s drug problem remaining at worryingly high levels, there are a number of proposals being put forward by the government in England and Wales. These include:

Depending on the severity, individuals with multiple drug use charges could be given a drug tag to track their usage, and have their identification (including driving licence and passport) confiscated.

Drug use in the UK is at alarmingly high levels and is reeking havoc in all areas of life. With drug misuse killing more people every year than knife crime and road traffic accidents combined, a dramatic overhaul is needed to create a safer, healthier society. Drug driving is just one element of the wider picture of drug misuse in Britain.