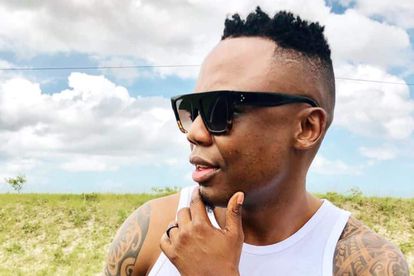 DJ Tira recently received an ear full from locals after he shared a controversial post about his latest event. The local DJ headed to Twitter where he shared that he will be hosting a Fact! Durban Rocks event that will only allow vaccinated people in.

DJ Tira tries to take a stand against COVID-19

DJ Tira took to his Twitter yesterday to announce the rules for his Fact! Durban Rocks event. Taking a page out of the French Parliament’s book, Tira said that he would not be allowing people on the premises who did not get their COVID-19 vaccinations.

“Fact! Durban Rocks December 2021. No vaccine card. No entry,” he wrote in his tweet.

Tira makes a quick u-turn a little too late

Not very long after making the post, the DJ was dragged by locals who did not take it lightly that he was basically forcing them to get vaccinated.

The Durban musician quickly decided to delete his tweet but not before evidence was gathered by tweeps who were too quick for him. And soon enough he was the topic of the evening.

Things quickly got heated as many started dragging him

A number of tweets were made by locals who were not about to get forced into taking the vaccination all in the name of going to a DJ Tira event. Many of them criticised the musician for using his platform to promote vaccinations. Read a few of their interesting views on the tweets below:

“DJ Tira kept quiet about the KZN unrest 2 weeks ago but today here he is making it come across like he is very concerned about the publics’ well-being and urging them to be vaccinated. Where was the same energy when people were being killed in Phoenix?”

“Imagine the whole of me getting an injection just to see DJ Tira. Kill me!”