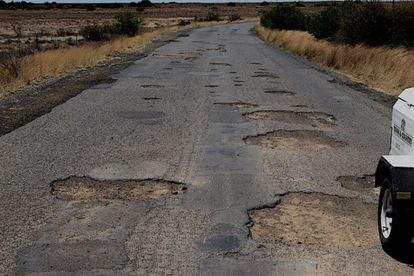 Dirk Venter, a Potchefstroom resident, has fixed up more than 2,500 potholes. Image via Twitter @MxolisiBob

Dirk Venter, a Potchefstroom resident, has fixed up more than 2,500 potholes. Image via Twitter @MxolisiBob

South African motorists have been fed up with potholes for years now and sadly, many have lost confidence in the government. Potchefstroom resident Dirk Venter, however, has been praised as a patriotic citizen for single-handedly fixing more than 2,500 potholes in the small North West town.

Speaking to SABC, Venter said he has received no support from the government and local businesses have been backing him with funding.

ALSO READ: Fikile Mbalula gets dragged as SA takes to the streets to tackle potholes

In his interview with SABC, Venter said potholes have always bothered him so he decided to take matters into his own hands. The 67-year-old Potchefstroom resident takes the rubble dumped on the side of the road to fill the potholes.

Venter takes the funds given to him by local business owners to purchase more materials to complete the job.

Through his initiative, he has created employment for those who lost their jobs during the COVID-19 pandemic.

WILL THE GOVERNMENT WORK WITH DIRK VENTER?

In 2017, the JB Marks Local Municipality in the North West considered partnering with Venter on his pothole initiative, but due to “changes in the administration” this never happened.

“There could be a loss of information and breakdown in communication between the municipality and Mr Venter,” said a municipality spokesperson.

Taking to Twitter, South Africans have praised Dirk Venter for his work in Potchefstroom. Many slammed Minister of Transport Fikile Mbalula for neglecting the country’s problems with potholes.

“Oom Dirk is a true patriot,” wrote one tweep.

“I bet Mbalula will find a way to include himself somewhere here,” wrote another tweep.

“Local hero! This is how ordinary citizens can save SA from corrupt politicians – one pothole at a time!”