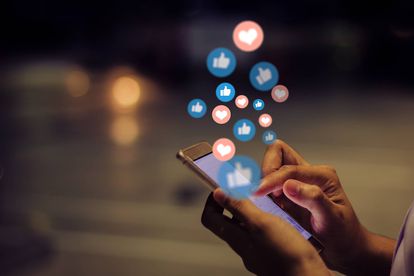 It started last year when the comedian made a terrible mistake while she was interpreting for her pastor in church. While attempting to interpret, she encountered some words she was unable to translate. She began stammering, some congregants laughed and someone caught the incident on camera.

The video of the embarrassing moment trended on social media bringing disgrace to Cyria and her family. This led to depression and the comedian felt so ashamed that she locked herself in her bedroom for days.

But after a week, she picked herself up and turned the whole disgrace into a positive gesture. She then started making funny videos that went viral on social media.

Within two weeks, Cyria Tshipetana, of Ha-Mutsha Tshitandani, outside Thohoyandou, became a comedian who would make you laugh until you cry.

The comedian proves that nothing lasts forever

Her career began to blossom so much that she received many invitations to entertain people at various public events. People started making challenges on her funny videos and this made her one of the most famous comedians in Vhembe.

Her most famous jokes that went viral on social media include Man to Man, Out of my Heart, Vhuhadzi First, Vhasadzi vho fhela and Polo Vivo.

Taking advantage of her fame and beautiful voice, the much-celebrated comedian decided to take it a step further by going into the studio to record her first single album, titled Call Back, which was released last week. The single is a mixture of Afro pop and house music.

Branching into the music industry

She explains how she ventured into the music industry.

“My comedy fans kept on telling me that I have a beautiful voice and I should try my hand at music. At first, I ignored it but it became more serious when fellow church members said the same thing. I then decided to take action and try my luck at music.”

The comedian said she was happy that her song has been well received by her fans who keep on calling to congratulate her.

“I was just trying my luck and things turned out to be very positive for me and my new music career. People were very happy when they heard the song for the first time and everyone was confident that it was a hit.

“It has now landed in various radio stations and they will be playing it any time from now. I have decided to upload it to various online stores so that people can download it wherever they are.”

As a successful artist, she encourages young people to use their talents.

“We have a lot of talented young people in our country, but they are not utilising their talents. We will not all get formal employment, so it is important that we should stand up and do something for ourselves.”