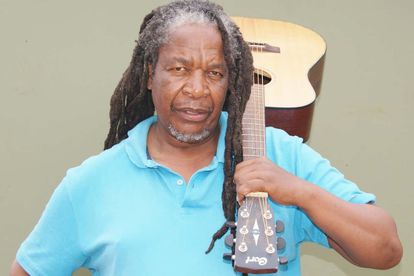 Who said that teaching and music do not mix? Certainly not rasta teacher, Philip “Stringman” Tshililo of Makonde Village outside Thohoyandou.

For the past 20 years, Tshililo has bounced between his role as a teacher, musician and family man. A head of department and physical science teacher at Miriyavhavha Technical High School in Limpopo, Tshililo has just dropped his much-awaited reggae album called Faranani (Unite).

How the teacher made his way to music

Tshililo’s musical career was not an instant success.

He recalls: “Mine was a long and winding road which started many years ago. I used to play with the now-defunct Thinawanga Band in the early eighties. I then became a lead guitarist for my local reggae colleague, Shufflers Ragimana for more than 10 years. That is where the name Stringman came into being because of my exceptional lead guitar skills.

“I then felt that I had grown enough musically and decided to start my solo music career. I released two traditional music albums under the name of Phillip Tshililo and the Sounds of Africa. Reggae music has always been in my bones and that is why I decided to cut my teeth with this album.”

What is it about?

Stringman said his latest reggae album is a mixture of creativity, musical independence and self-discovery.

“It took me five years to compile this album to make sure that it has everything that reggae music lovers need. I have invested a lot of time in the album, including the smart polishing of the live instruments, well-composed lyrics and soothing melodies. This is to make sure that the album becomes one of the best in the local reggae fraternity.”

Stringman has a message for budding musicians: “Let’s take education seriously before venturing into the music industry. It it important to have something to lean on if you don’e succeed as a musician. Besides that, you can be able to analyse and understand contracts if you are educated, thereby making informed decisions.”