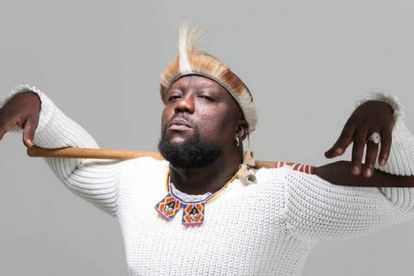 Personal assistant Siki Kunene has denied claims of television personality Bonginkosi “Zola 7” Dlamini being hospitalised and in need of crowdfunding.

A few weeks ago, a fan shared a picture of the legendary kwaito star and actor looking frail and thin which sparked concern from both fans and industry friends who were worried about the actor’s well being.

The Sowetan has since reported that Zola has been hospitalised and is in desperate need of financial assistance to cover medical bills for his chronic illness.

Zola 7 confirmed that he suffers from epilepsy in an episode of Podcast and Chill with Mac G.

“I lost a lot of weight over the past year. I was extremely sick, I was home and I was shaking. Everybody around me was scared I was going to die. I couldn’t eat well. I was eating mageu, porridge and fish,” said Zola.

“Nowadays I have to take medication twice a day just to get by. I was very sick during that song (with Cassper) and I think we did about 25 cuts. I was fighting to look normal, but I wasn’t. I was extremely sick during that video,” he added.

However, in a statement to The Citizen, his personal assistant Siki Kunene has denied claims that the actor has been hospitalised, adding that they do not know where the rumours started.

“We honestly don’t know where these rumours started. He is not in a hospital, he is perfectly fine at home,” said Kunene to The Citizen.

Over the past weekend, City Press reported that Zola’s management team started a crowdfunding campaign to help fund his medical bills. However, his personal assistant also denied these claims, saying that the article twisted what was said.

“This is absolute rubbish. In fact, the management pays for his medical bills and send the medication to him,” she continued.

Zola 7 will be updating fans

According to The Citizen, Zola also confirmed that the reports of his hospitalisation were false.

“No such a thing, original article is true, however the crowdfunding is false,” he said according to The Citizen.

Kunene further asks the public to be wary of reports of Zola’s hospitalisation if it is not confirmed with him, including the rumours of him being on his deathbed, which she called fake news.

“Zola 7 will be the one updating the public and fans about his condition, including his hospitalisation,” said Kunene.