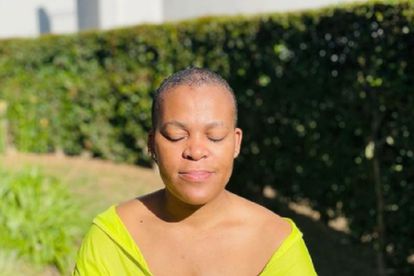 After years of vowing to never wear a wig or any form of artificial hair, Zodwa Wabantu has had a change of heart…

And so much so that she’s even shaved her head bald and offered to become a model for wig suppliers…at a price, of course!

ZODWA WABANTU: ‘YOUR WIGS ON MY HEAD’

Zodwa posted a video of her boyfriend Olefile Mpudi aka Ricardo shaving off her locks on Instagram.

She used the opportunity to appeal to business owners to get in touch with her to advertise their products.

And the entertainer’s plan clearly worked – Zodwa was inundated with offers from hair salon and boutique owners interested in collaborating with her.

And it wasn’t long after that that Zodwa – who rocked a R50 hairstyle at the first-ever SA Amapiano Music Awards – showed off her final look, a chiskop!

Zodwa has a number of diverse business ventures which include a hair salon, a funeral parlour, a fragrance line and a poultry farm.

Meanwhile, Zodwa posted a clip of her getting another surgical enhancement – her first round of Botox!

“I’m ageing, I’m stressed and it shows on my face”, Zodwa said to the camera during a consultation at Herwood Medical Centre.

“Please try to fix my wrinkles. When I’m frowning you see these lines”, she added to the doctor.