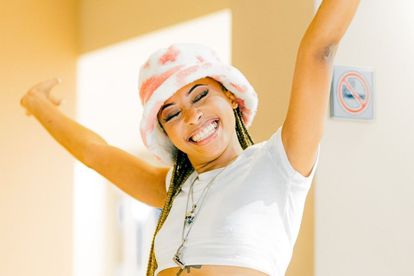 On Wednesday 3 November, Uncle Waffles was the centre of conversation after one of the Major League DJz (rumoured to be Banele Mbere) grabbed her waist during a posh dinner hosted by Riky Rick. Mzansi highlighted that the viral sensation was left feeling uncomfortable. Tweeps also questioned if she was being exploited by her management team but Waffles quickly shut down all the comments.

A conversation between Zeus and an unnamed person prior to signing Uncle Waffles found its way on Twitter.

He continued to say the viral sensation was “clean” and that there wasn’t “much work to be done”.

“Make her do dance videos here and there”.

‘UNCLE WAFFLES MUST WATCH OUT’

Tweeps weighed in on the conversation which left many feeling uncomfortable and confused.

Some of the comments read:

“Uncle Waffles must watch out and scrutinise any new associations.”

“‘She’s too clean’ I hope they mean her deejaying skills”

“This is also how political parties select their ward candidates”

‘THEY HAVE NEVER MADE ME FEEL UNCOMFORTABLE’

The 21-year-old DJ penned a lengthy response saying she felt the need to address the comments because “what’s being said is genuinely getting out of hand”. She had previously made the decision to allow her management to control her social media but returned to Twitter to “clear the air”.

“I’d just like to say, my team is the biggest blessing in my life when it comes to my career. They go above and beyond for me, the narrative that’s being shared is so disheartening. They have never made me feel uncomfortable or treated me inappropriately.”

“Coming here and having to explain how people who have completely dedicated their lives to helping me grow, guide me, show me love and encourage me and actually carry me through all the turmoil of a ‘blow up’ really sucks because it’s made them feel.”

“Those are my people who are part of my everyday and have really held me down. Let’s not touch that part.