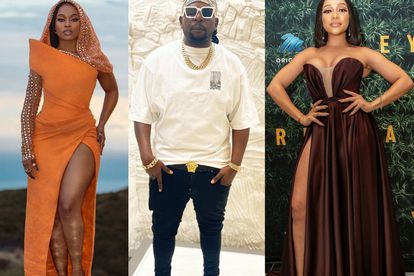 Nomzamo Mbatha, DJ Maphorisa and Thando Thabethe are all in the city of Dubai right now. Makes one wonder what so many South African celebrities doing in the Middle East, doesn’t it?

WHY ARE SO MANY SOUTH AFRICAN CELEBS IN DUBAI?

While scrolling through Instagram, you may have noticed that many South African celebrities are currently in Dubai. The reason the cream of Mzansi’s crop are in the Middle East is because of the Expo 2020 Dubai.

The expo was originally scheduled to take place from October 2020 to April 2021. However, due to the COVID-19 pandemic the expo was cancelled. The expo is one of the biggest global events which takes place every five years in different countries. The expo lasts six months and started on 1 October and ends on 31 March 2022.

On Sunday 17 October, team South Africa showcased their talents with their offering of One Night with Mzansi and Content Showcase at the Dubai Opera. Actress Nomzamo Mbatha who relocated to Los Angeles and radio personality Thando Thabethe hosted the event.

ALL THE MZANSI CELEBS IN DUBAI

One Night in Mzansi featured performances from DJ Maphorisa, who went on a shopping spree in the city spending a whopping R1.5 million on a watch at Cartier. Along with Afro-pop duo Blaq Diamond, Dr Nothembi, Ami Faku and Daliwonga. The show was broadcasted by MultiChoice.

“MultiChoice has chosen this strategic direction as its contribution to national efforts to kick-start the South African economy and contribute to job creation interventions. This country’s attractiveness in the creative and cultural sector has, over the past few years, emerged as a key growth opportunity, and as a platform on which to position and showcase its natural beauty and diversity, using the international film and multimedia stage,” said MultiChoice’s group non-executive chair Imtiaz Patel in a statement.

Khanyi Mbau, who returned to her boyfriend Kudzai Mushonga in Dubai about a month ago, was one of the attendees of the event along with Lunga Shabalala, Pabi Moloi and more.

President Cyril Ramaphosa, Minister of Arts and Culture Nathi Mthethwa gave speeches at the show. The team South Africa events are set to expose the calibre of talent the country has.