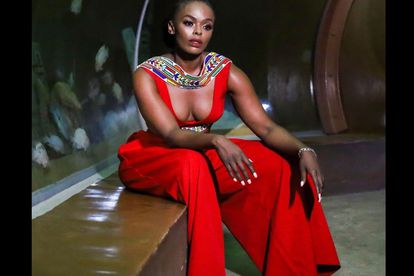 Unathi Nkayi says she is not on TikTok. Image via Instagram @unathi.co.

Unathi Nkayi says she is not on TikTok. Image via Instagram @unathi.co.

Radio personality Unathi Nkayi opened up about starting her new gig on Star 91.9 FM on 1 March.

Unathi Nkayi was fired from Kaya FM in November 2021 after an altercation with radio personality Sizwe Dhlomo. The radio personality has hosted All Star Drive on Star 91.9FM from 15:00 to 18:00 alongside Justin Toerin since 1 March.

Unathi said that her first broadcast with Justin felt more like 30 minutes than three hours. She said this was a very scary chapter because she was asked to come and help start a new radio station.

“It felt like 30 minutes! Our first link was our first link. My heart is still beating. It’s a new chapter, you know and it’s a very scary chapter because I was asked to come help start a new radio station,” she said to IOL.

“Something I never thought I would ever do. We know that radio stations in South Africa are established and they have been for a while,” she continued.

So, she thought it was humbling to be trusted with a new baby.

THE CHANGE TO A COMMUNITY RADIO STATION

From working at Kaya FM to a community radio station is a first for Unathi.

“It’s absolutely beautiful, I mean what a missed opportunity if I wanted to focus on any negativity that other people are saying, I would be missing the point and quite frankly I wouldn’t be deserving of this role,” she continued.