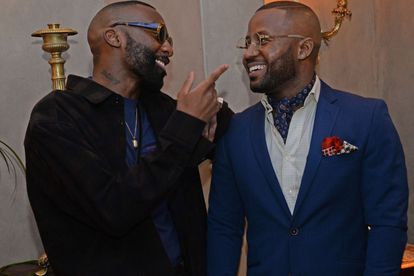 Hundreds gathered at the Wanderers Stadium in Johannesburg on Friday 4 March to bid farewell to hip-hop star Riky Rick. The likes of Costa Titch, Nadia Nakai and Frank Casino all paid tribute to the rapper in song while others opted to share a few words.

In his tribute, close friend Sizwe Dhlomo revealed that Riky Rick had plans to publically reconcile with Cassper Nyovest at the annual Cotton Fest on 19 and 20 March in Newtown. Cassper added that Riky asked him to perform as a special guest.

WHERE THE BEEF STARTED

Before Riky Rick’s passing, he and Cassper Nyovest had a few issues. Speaking about his friend on the Banques and Venom Show, the Tito Mboweni hitmaker said that the two fell out because of their “egos”.

“Maybe one day will connect on a different level.”

At Riky Rick’s memorial service on 4 March, Sizwe Dhlomo gave a heartwarming tribute to the rapper. In his tribute, Dhlomo touched on Cotton Fest, mentioning that Riky Rick had special plans for the festival.

“Let’s learn from Riky, even about forgiveness and reconciliation.”

“This upcoming Cotton Fest, he was going to publicly make-up with Cassper, live on stage. He’d reached out to him, last year September, they’d spoken even all the way into January and they were actually on good terms at the time of his passing,” said Dhlomo.

Cassper Nyovest was meant to perform at Riky Rick’s memorial but decided to share a few words instead. Touching on Cotton Fest, Cassper said he was supposed to come out as a “surprise” performer.

“For this to happen, he hit me up all the time and I never wanted to talk to him because I was still angry. Me and Riky spoke so many times because he always used to force me to talk to him.”

“I would like my brother to rest in peace and I think it is up to all of us to make sure that his legacy continues, staring with Cotton Fest.”

“We have to make sure that it happens, it has to happen annually.”