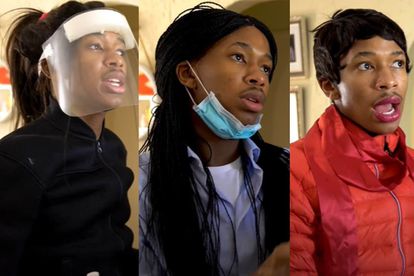 South African reality TV star and famous content creator Lasizwe Dambuza built himself a career around short skits and jokes in the form of video content. He quickly reached star status as many of his videos went viral as people praised him for his comedic efforts. It appears the woke society on Twitter has had enough of his acts and are now accusing him of humiliating black women to make money from his videos.

Many have called on the content creator to be cancelled and that he stop making videos.

Being a celebrity in the digital age is not as easy as it looks – especially since cancel culture is as rife as its ever been. The latest celebrity to suffer at the hands of the woke nation is Lasizwe.

The 23-year-old content creator is currently being dragged by an angry mob on Twitter who is accusing him of creating content that paints black women – and black mothers in particular – in a bad light.

According to many of the tweets that have been shared over the last couple of days, Lasizwe’s content enforces the narrative that people who speak fluent English are somewhat smarter than those who don’t.

ALSO READ: Someone call ‘All You Need is Love’: Lasizwe is looking for a bae!

“Maybe this is your opportunity to teach LaSizwe and other content creators who emulate black mothers in satire, about why referencing black mothers, as illiterate, harmful.

“The same way we were later taught about Leon Schuster’s movies after years of finding them funny. Teach,” SpitchNzawumbi wrote on the matter.

While Nzawumbi wrote that Lasizwe can be taught to produce different content, others simply called on his content to be boycotted.

“LaSizwe, like other black men in “comedy” built his career off the humiliation of black women and twirling for the A4 page folks. I’m glad that he’s finally getting dragged for this shit. His entire content is rooted in anti-blackness.”