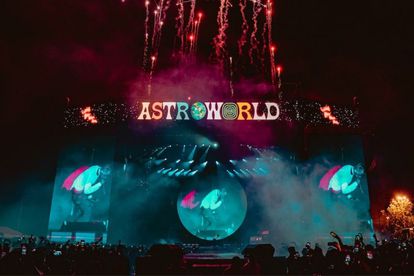 Travis Scott is being sued for $1 million by the family of a teenager who died at Astroworld. Image via Twitter @PopBase

Travis Scott is being sued for $1 million by the family of a teenager who died at Astroworld. Image via Twitter @PopBase

Travis Scott is being sued by the family of a teenager who died following the rapper’s Astroworld concert.

John Hilgert, 14, was the second youngest of the 10 victims who lost their lives after chaos broke out causing a crowd surge at the opening night of Travis’ Astroworld music festival in Houston, Texas on 5 November.

And following his tragic passing, his family are suing the rapper, organisers Live Nation, and several others involved in the concert for $1 million (R16.2 million), citing “gross negligence” and “reckless disregard” for people’s safety.

According to a report by People, Hilgert’s dad said in a statement:

“The pain of our loss from our son John not making it home alive from an event such as this is intolerable. He was a beautiful young man who simply wanted to enjoy his first concert event with friends, whom he treasured spending time with more than anything else.”

The teen’s parents, Chris and Nichole Hilgert say their goal is to ensure things change and new safety measures are put into place so that a tragic event like this doesn’t occur again.

“This pain should never be felt by anyone over a loved one attending a live concert. There is no excuse for the poor crowd design, event execution and lack of response that was exercised at this festival that resulted in the tragic death of our son and nine others along with scores of other people that were innocently injured,” he added.

The lawsuit filed by the family claims the defendants, including Travis, “failed in their duty to protect the health, safety and lives of those in attendance at the concert.”

The filing also claims to be seeking to hold the defendants accountable for “failure to provide adequate security personnel to implement crowd control measures, proper barricades, and failure to provide a sufficient amount of emergency medical support.”

Meanwhile, a similar filing was previously made by Adam and Jennifer Cox, the parents of John’s friend who was injured at the concert.

While a further 125 victims — including the family of 21-year-old Axel Acosta Avila who died in the incident — filed a $750 million (12.2 billion) lawsuit for loss of mental and physical health and loss of human life.

There was also a lawsuit from two concert security guards — Jackson Bush and his uncle Samuel Bush — who are seeking $1 million after claiming organisers of the event put “greed” before safety.