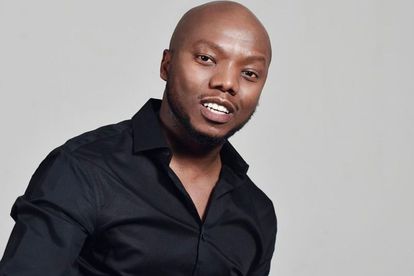 Media mogul and actor Tbo Touch is set to tell the story of the effects of the COVID-19 pandemic on the South African entertainment industry. Thabo Molefe known popularly as Tbo Touch will be the executive producer of the upcoming documentary.

Tbo Touch’s documentary, Vaccinating The Arts will be a three part documentary that looks at how global arts businesses tried to recover from the grueling COVID-19 pandemic. The former radio presenter also hopes to direct attention to vaccines for arts lovers so they can fill large entertainment venues again.

The documentary’s production team will begin filming on 12 July until 30 September and hope to have the documentary on small screens by the end of the year. Filming will take place across 42 different countries across Africa and the United States. Tbo Touch will be working on the documentary with Mark Sparks Entertainment.

Speaking to Sunday World and expressing excitement about the doccie, Tbo Touch noted how the COVID-19 pandemic has negatively impacted the entertainment industry in the country especially the artists themselves.

“For me, it is not only about working with an international team, but it’s about teaching the world about the importance of vaccinating so we will be able to gather and enjoy our social lives again.”

Vaccinating The Arts will be broken down into three parts, with the first part looking at how the entertainment industry was affected. It will include interviews with popular entertainers who had little to no income during the pandemic. The second part will focus on the entertainers’ reactions to the pandemic while the third will look at the growth of the industry in Africa and the US.

The documentary will also touch on the Black Lives Matter protests that took place after the death of George Floyd.