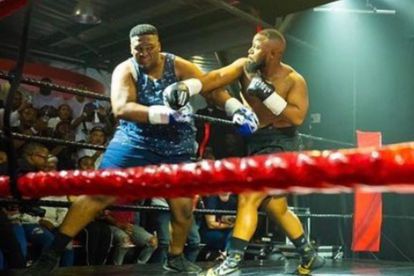 Cassper Nyovest knocked Slik Talk out in December, but the YouTube is ready for a second chance at a win. Image via Twitter @slikouron

Cassper Nyovest knocked Slik Talk out in December, but the YouTube is ready for a second chance at a win. Image via Twitter @slikouron

Controversial YouTuber Slik Talk is ready for a second fight against rapper and businessman Cassper Nyovest. This comes after the Tito Mboweni hitmaker knocked the YouTuber out in just under 12 minutes in December 2021. Slik Talk is not the only person who wants to get into the ring with Cassper. Rapper Priddy Ugly is also up for a fight.

SLIK TALK IS READY TO TAKE ON CASSPER NYOVEST AGAIN

In 2021, Cassper Nyovest challenged Slik Talk to a boxing match after he made some negative comments about the rapper on his YouTube channel. The 31-year-old rapper offered Slik Talk R100 000 to get in the ring with him and regardless of the result, the YouTuber would walk away with the money.

Taking to Twitter on Tuesday 19 July, Cassper shared a screenshot of his WhatsApp messages with Slik Talk, where the YouTuber asked for a second boxing match.

“If I trained, the fight would be very different. I deserve a fair one,” wrote the YouTuber.

Cassper Nyovest had previously challenged AKA and Prince Kaybee to a fight, but the only celebrity who was willing to step into the ring with him was NaakMusiq. After a high-intensity fight in April at Sun City, NaakMusiq emerged victorious against the rapper and it seems another celebrity wants to get into the ring with Cassper.

On 18 July, rapper Priddy Ugly confidently challenged his hip-hop colleague to a fight on Twitter.

“I was never scared. You hit my line & called me up about a fight & I gladly said yes, I didn’t hesitate, I didn’t stutter,” wrote the Rap Relay hitmaker.

“If you ‘Iron Mike’ foreal, you can’t be fighting people who can’t fight. Seems to me like you the scared one. You got my number.”

Priddy Ugly’s tweet sparked a response from Cassper where he referred to his hip-hop colleague as “easy money”.

“Size-wise, I’m way bigger than you, skill-wise I am way more experienced than you,” wrote Cassper.

In a second tweet, Cassper wrote: “Could we possibly see #CassperNyovestVsPriddyUgly this year? It’s about to get ugly!!!”