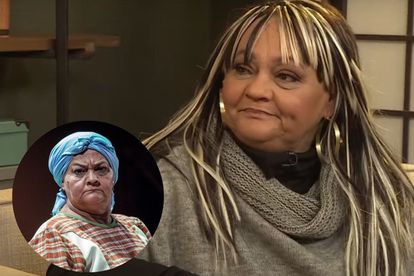 After it was confirmed that Shaleen Surtie-Richards passed away on Monday 7 June 2021, tributes began to pour in for the actress from various people who met her.

Surtie-Richards is probably best known for her starring roles in the 1988 film Fiela se Kind and the long-running series Egoli: Place of Gold. The actress, who performed in both Afrikaans and English, was born in Upington on 7 May 1955 and passed away at the age of 66 in Cape Town.

Over 30 years of television for Shaleen Surtie-Richards

It is said that she qualified as a kindergarten teacher between 1974 and 1984 before she took on various roles in several amateur stage productions. She was also active in productions of the Department of Education’s Theatre-in-Education from 1982 to 1984.

In 2017, Surtie-Richards sat down with the hosts of the Expresso show to speak about her 30 years in the acting industry and how playing Fiela Komoetie changed her life. In that same year, Surtie-Richards revived her role as Fiela in a theatre remake of the production under Lefra Productions and director Frans Swart.

The 1988 movie – based on Afrikaans author Dalene Matthee’s best-selling novel of the same name – is set in the forests of Knysna is about a Cape Coloured woman who discovers an abandoned white child on her doorsteps. She decides to raise him as her own.

After Fiela she embraced her role as Ester “Nenna” Willemse on Egoli for a record of eight years.

According to IOL, Nenna witnessed international guest stars such as Joan Collins and Samantha Fox. Soapie lovers will also remember her as the loquacious Mattie in Generations, SA’s longest-running soapie.

The actress also starred in films such as Two Degrees of Murder, Vaselinetjie and Charmaine in Broken Vows.

Her most recent role was that of Muriel Foster in Arendsvlei.

Surtie-Richards reportedly has over 40 accolades including three Lifetime Achievement awards to her name. A rose named in her honour by Ludwig’s Roses also underscores her status as a national treasure. In 2020, she was inaugurated at the Suid-Afrikaanse Legendes Museum.

The museum said that they will remember her for her laugh and jokes.

In 2019, the actress became candid about her ongoing health issues, saying she has been diabetic almost all of her life. She spoke about having a near-death experience after suffering a mini-stroke years ago.

“The stroke came like a thief in the night,” she said during an interview in 2013.