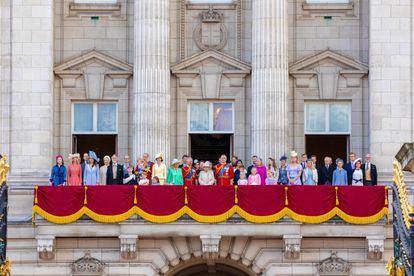 After Prince Harry and his wife, Meghan Markle announced the birth of their latest addition, a baby girl named Lilibet “Lili” Diana Mountbatten-Windsor, many royal fans are wondering where exactly the Queen’s eleventh great-grandchild fits into the British line of succession.

The British Line of Succession June 2021

The couple’s second child was born at 11:40 at Santa Barbara Cottage Hospital in Santa Barbara in California on Friday 4 June 2021. Lilibet is now eighth in line to the throne and for now, she is unlikely to earn a title, just like her brother Archie.

Prince Harry and Meghan’s first-born, Archie Harrison Mountbatten-Windsor is subsequently seventh in line to the throne.

Of course, as their father, Prince Harry, the Duke of Sussex, makes up the top six of the line of succession.

As the son of Prince William and grandson of Prince Charles, Prince Louis of Cambridge is fifth in line to the British throne.

Princess Charlotte of Cambridge is fourth in line to the British throne. Due to the implementation of the Perth Agreement, which replaced male-preference primogeniture with absolute primogeniture, she did not move down the line of succession when her younger brother, Prince Louis of Cambridge, was born on 23 April 2018; this makes her the first British princess to rank above a brother in the line of succession.

As the Duke and Duchess of Cambridge’s first-born, Prince George of Cambridge will inherit the throne after his father Prince William.

Prince William is second in line to the throne.

The Prince of Wales

The Prince of Wales, Prince Charles is first in line of the British throne as he is the eldest child of the Queen.