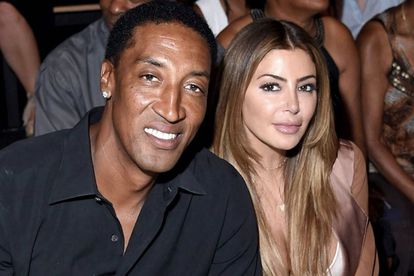 Scottie Pippen will pay child support to Larsa Pippen for their two youngest children as their divorced has been finalised. Image via Twitter @La_Bella_Amor

Scottie Pippen will pay child support to Larsa Pippen for their two youngest children as their divorced has been finalised. Image via Twitter @La_Bella_Amor

The Real Housewives of Miami star and the retired pro basketball player – who have Scotty Jr, 21, Preston, 20, Justin, 17, and Sophia, 14, together – split more than three years ago, but their divorce was only finalised last month and now some details of their separation agreement have been made public.

According to RadarOnline.com, the former couple have agreed to share joint legal and physical custody of their two youngest children, and the sportsman will pay his ex-wife monthly sums of child support until Justin and Sophia turn 18, though the amount of money has been kept sealed.

It was revealed last week the pair had finalised their divorce.

“I can confirm that Scottie and Larsa Pippen are now divorced, and that the divorce was finalised on December 15, 2021. All issues were resolved amicably,” said Attorney David J Glass.

LARSA PIPPEN AND KIM KARDASHIAN ARE IN A ‘GOOD PLACE’

Last month, Larsa spoke out about her friendship with Kim Kardashian, admitting they are in a “good place.”

The 47-year-old reality TV star and her former best friend Kardashian, 41, have drifted apart in recent years, and Larsa previously claimed their friendship split was due to her frosty relationship with Kim’s now-estranged husband Kanye West.

But since Kardashian’s split from Kanye West last year, Larsa has said the pair are beginning to get their friendship back on track, and she wishes “nothing but great things” for Kim and her family.

Larsa Pippen first made her feelings known in a 2020 interview, in which she spoke about her frosty relationship with Ye.

“If your husband feels, like, threatened by my relationship with you, then I don’t want to be that person,” she said.