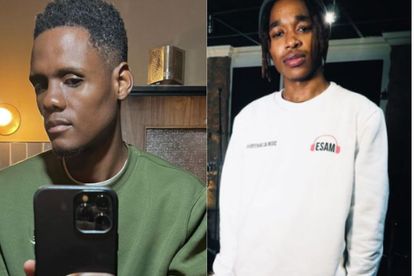 Fans sent heartwarming messages to Samthing Soweto after the award-winning singer-songwriter confessed to struggling with depression on 17 June. This comes after the Akanamali hitmaker was trolled for his drastic weight loss in May.

Controversial podcaster Rea Gopane took to his Everything SA Music podcast on Tuesday 28 June to share that he feels Samthing Soweto is “manipulating people” with his depression.

Known for his controversial opinions about some of Mzansi’s top celebs, Rea Gopane weighed in on Samthing Soweto’s battle with depression, sharing that there was “something that he doesn’t like”.

“He sort of manipulates people…He’s in this whole depression phase and he’s so sad and he’s about to commit suicide and people just sort of like fall into that trap and end up sucking his d*ck,” said Gopane.

“You were dope then, you’re not dope now. You fell off. Stop saying you are depressed cause you fell off.”

After the clip of Rea Gopane sharing his views about the singer’s mental health surfaced on Twitter, tweeps were not too happy with the podcaster’s views.

“Samthing Soweto doesn’t bother anyone. This lunatic is such a hater,” wrote one tweep.

“If there’s one thing social media has done, is give people an audacity,” wrote another tweep.

“This boy needs some hot hands. What a vile kid.”

“I hate that when men speak out about suffering from depression this is what they’re subjected to.”

Samthing Soweto released his highly-anticipated single AmaGents on Friday 24 June. The single is the muso’s first solo release since his 2020 album, Danko! which featured amapiano star De Mthuda and the Mzansi Youth Choir.

Taking to Instagram on 23 June, the musician described the single as a “simple yet complex message from a father to his daughter.”

Just hours after its release, the song shot to the top of Apple Music’s charts.