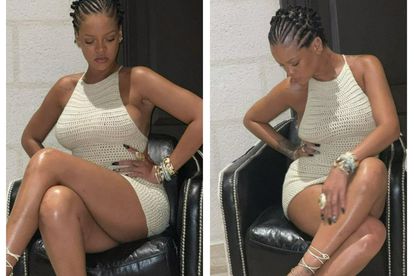 Riri is back with Black Panther’s soundtrack and her fanbase is ready. Images via Instagram:
@badgalriri

Riri is back with Black Panther’s soundtrack and her fanbase is ready. Images via Instagram:
@badgalriri

After much speculation, pop singer, Rihanna has taken to Instagram to confirm that she is indeed releasing new music on Friday 28 October.

According to Capital FM, Marvel confirmed RiRi is on the soundtrack for Black Panther: Wakanda Forever and teased an imminent release hours before the R&B icon announced the news herself by sharing a snippet of the tune, titled ‘Lift Me Up’ to her Instagram.

“In a short clip posted on social media, Rihanna showed us all what the song will sound like as a soft humming can be heard in what’s likely the opening of the track,” said Capital FM.

RIRI TEAMS UP WITH TEMS FOR SOUNDTRACK

The song will be released on her own Westbury Road label in collaboration with Roc Nation, Def Jam Recordings and Hollywood Records.

Speaking to the publication, Tems says, “After speaking with Ryan and hearing his direction for the film and the song, I wanted to write something that portrays a warm embrace from all the people that I’ve lost in my life. I tried to imagine what it would feel like if I could sing to them now and express how much I miss them.”

“Rihanna has been an inspiration to me so hearing her convey this song is a great honour.”

Even though the teaser doesn’t offer much, TMZ says,” we’re told it will be a tribute to the late Chadwick Boseman, the star of the first Black Panther: Wakanda Forever film.

The Award-winning singer Rihanna has reportedly recorded two songs for the highly-anticipated film which is set to be released 11 November.