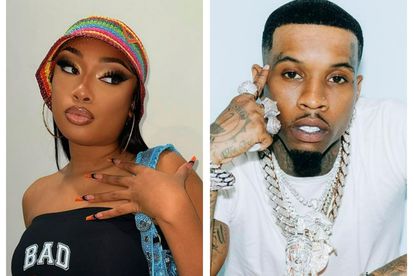 Until Megan;s trial starts, Tory Lanez is on house arrest. Images via Instagram: @theestallion and @torylanez

Until Megan;s trial starts, Tory Lanez is on house arrest. Images via Instagram: @theestallion and @torylanez

A judge has ordered rapper Tory Lanez to be on house arrest during a hearing on Wednesday morning 26 October when the prosecutors and defence presented their arguments.

According to Hot New Hip Hop, the judge said that Tory must remain within the confines of his home until the trial starts on November 28th.

A judge informed him that he would have to wear a GPS ankle monitor at all times, beginning on Friday.

The publication says that the prosecutors told the judge that Tory Lanez’s alleged assault against August Alsina was strong grounds to take him into custody.

“They argued that the alleged assault violated the conditions of his case. Additionally, the prosecutors said that monetary bail wasn’t enough to keep Tory out of trouble,” – as per Hot New Hip Hop.

ALSO READ: Megan Thee Stallion responds to The Rock ‘wanting to be her pet’

Tory denied assaulting August and TMZ reports that his attorney, Shawn Holley said that no charges had been filed in the Alsina case, and there were only allegations.

“As we reported, Alsina took to social media to allege Tory had sucker punched him, with bloody photos to boot — this after he’d apparently been snubbed by the singer in passing earlier in the day,” TMZ said.

“THIS IS HOW THEY TREAT BLACK MEN’

Tory Lanez currently faces assault and weapons charges in relation to Megan Thee Stallion’s injuries. The rapper previously pled not guilty to the charges against him.

TMZ said that they spoke to Tory as he was leaving court following the hearing, and he says the ruling was a perfect example of how the criminal justice system treats Black men.