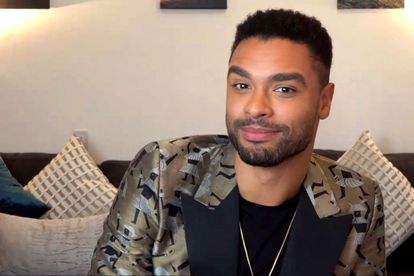 Regé-Jean Page, who played the Duke of Hastings in the Netflix series Bridgerton, reportedly auditioned for the part of Superman’s grandfather in Syfy’s Krypton series, but it was alleged he was passed for the role because Geoff Johns, DC Films co-founder, said the character couldn’t be black, the Hollywood Reporter claimed in a recent article.

And now seemingly responding to the claims, Regé-Jean Page admits it “hurts no less now” than before.

He wrote on Twitter: “Hearing about these conversations hurts no less now than it did back then. The clarifications almost hurt more tbh … Still just doing my thing … Still we do the work … We still fly. (sic)”

However, Johns’ team have denied the claims, insisting that this is not what took place and that the casting process “is being twisted to be something that it is not”.

They added in a statement: “He never got to the stage where he would be selected by producers to be sent to the studio nor did he ever officially test for WBTV.

“The role was for Superman’s grandfather – which came after the ‘Justice League’ movies and the decision was made that the role was supposed to mirror Henry Cavill and his father which was played by Russell Crowe in the movie. The actor being cast as such was supposed to resemble either actor. This is being twisted to be something that it is not and someone throwing a name out there to get headlines.”

Meanwhile, Regé-Jean previously confessed he is “flattered” by speculation that he could be the next James Bond after he was tipped to take over from Daniel Craig as 007.

Responding to the rumours, he said:

“Ah, the B word. I think if you are British and do anything of note, that other people take notice of, then people will start talking about that. That’s fairly normal and I’m flattered to be in the category of Brits that people have noticed.”