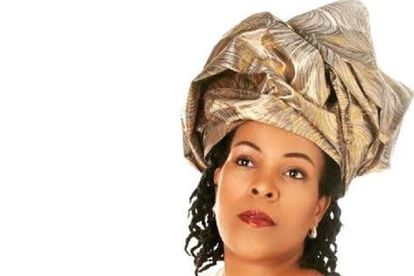 There was drama at Deborah Fraser memorial when advocate Ike Khumalo slammed government for lack of support. Image via Twitter @philmphela

There was drama at Deborah Fraser memorial when advocate Ike Khumalo slammed government for lack of support. Image via Twitter @philmphela

The memorial service of gospel musician Deborah Fraser took a dramatic turn when Advocate Ike Khumalo “hijacked” it to slam the government for failing to support the veteran musician.

The singer, who passed away on Sunday 15 May, was celebrated by friends and family at the House of Treasures Ministries in Rispark, Johannesburg, on Thursday 19 May.

An angry Khumalo interrupted a representative from the Department of Arts and Culture during the star’s memorial service.

The advocate, who was accused of inciting violence during the July unrest and looting last year, took to the podium to ask where the department was when Fraser was struggling.

Addressing the topic of the controversial R22 million flag that was proposed by Minister Nathi Mthethwa, Khumalo said the government should give a portion of the money to Fraser’s family.

“They are gonna make promises but it is easy to transfer money. Deborah has children. Let them take R10m today and transfer it to the family of Deborah Fraser,” he said.

He further expressed that it angers him how much an artist of Fraser’s calibre had to struggle.

DEBORAH FRASER HAD OPENED UP ABOUT HER STRUGGLES

The KwaZulu-Natal-born singer had previously opened up about her ill-health, as she had been living with diabetes for many years.

Before her passing, Fraser was wheelchair-bound and told TshisaLive that she was hospitalised from February to March this year.

“I still cannot walk. I think it’s because I was in bed for a long time, but I don’t know for sure. It’s stressful to live a life you’re not used to. I’m asking for love, I’m asking for prayers,” she had said.

Fraser will be laid to rest in her home province of KwaZulu-Natal on Saturday 21 May. A funeral service at The Station Venue in Durban will start at 09:00, followed by a graveside ceremony at Lala Kahle Cemetery in Hillcrest.