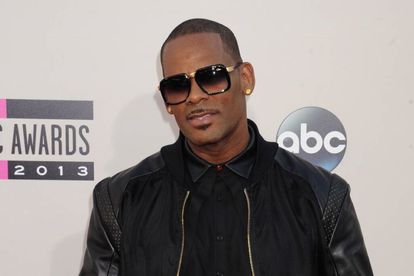 The I Believe I Can Fly hitmaker is set to appear in court for his racketeering and sex trafficking trial on 9 August, in relation to allegations that he ran a criminal enterprise that recruited women and underage girls for illegal sexual activities.

His lawyers Steven Greenberg and Michael Leonard wrote a letter to US District Judge Ann Donnelly on Monday evening asking to be allowed to step aside in the case.

‘Our reasons for withdrawal are significant’

“While we realise that this request comes close to trial – and although we are ready to proceed to trial as scheduled in August – our reasons for withdrawal are significant and it is impossible, in our belief, for us to be able to continue to properly represent Mr. Kelly under the current circumstances,” the filing stated, reports the Chicago Tribune. “If the court deems it necessary, we are willing to (serve) as effective stand-by counsel.”

ALSO READ: Is R Kelly still chilling in the ‘big house’…or did he walk out?

In an interview with the publication, Greenberg claimed that Thomas Farinella and Nicole Blank Becker, other attorneys on the case, had won Kelly’s trust and were demanding a bigger role despite having no trial experience in federal court.

“As experienced and competent trial lawyers, we don’t feel that it’s in Robert’s best interest to allow lawyers who have never tried a federal criminal case to have significant trial responsibilities,” Greenberg said. “I wish Robert the best. We had every intention of winning this case. It became an impossible situation.”

Farinella and Becker have claimed Kelly terminated Greenberg and Leonard before they filed their motion, allegations they deny.

Singer behind bars since 2019

Kelly, who has been behind bars in Chicago since 2019, is also currently scheduled to stand trial on child pornography and obstruction charges in the Illinois city later this year.

He has pleaded not guilty to all counts.