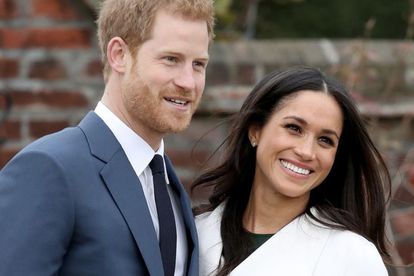 Prince Harry and Meghan Markle’s ‘at home’ docuseries is coming to Netflix. Image via Twitter @MashableUK

Prince Harry and Meghan Markle’s ‘at home’ docuseries is coming to Netflix. Image via Twitter @MashableUK

The Duke and Duchess of Sussex have set up two new entertainment firms.

Prince Harry and his wife Meghan – who have children Archie, two, and Lili, seven months, together – were reported last week to have registered 11 separate companies in tax haven Delaware, with more than half designed for the “entertainment” business, and now it’s been revealed another two firms were established on the same day last year.

The companies were each incorporated by attorney Richard Genow and business manager Andrew Meyer, who have both worked with Meghan since her acting days.

According to the Telegraph, one of the newly-revealed firms is called Cloverdale Inc in honour of the street the former Suits star grew up with her mother, Doria Ragland, in Los Angeles, while the other is Riversoul Productions Inc.

Both companies have been set up explicitly in the “entertainment” industry, joining the couple’s Hampshire LLC, Bridgemont LLC, and IPHW LLC.

In addition, Archewell Productions will oversee Harry and Meghan’s television output for Netflix, while Archewell Audio is expected to produce podcast episodes for Spotify.

The rest of the pair’s business empire includes two publishing companies, Peca Publishing – which has the rights to Meghan’s children’s book, The Bench, and is believed to have been named in honour of the Spanish word for her freckles – and Orinoco Publishing, which is expected to be the home of Harry’s upcoming autobiography.

Most of the companies were registered on 16 July last year, according to public records registered in California and Delaware. It is not unusual in the US to establish multiple companies, with experts suggesting it prevents the potential failure of one venture from impacting another.

ALSO READ: Prince Harry planning to return to the UK for the Queen’s Platinum Jubilee?